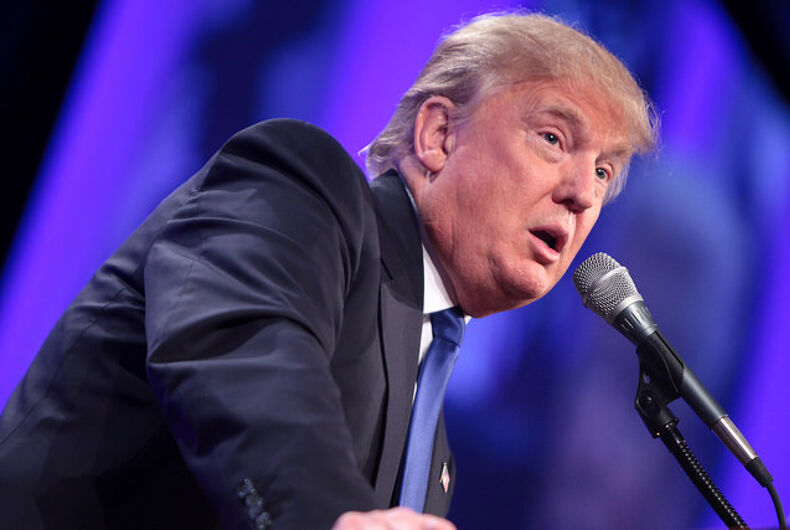 There have been no shortage of magazine cover that President Donald Trump won’t be hanging on his wall, but German magazine Stern just raised the bar.

After Trump went soft against white supremacists who rallied in Charlottesville, bringing literal death and destruction, a number of publications went after him for failing to pass one of the easiest moral test any president could possibly be presented with while in office.

The New Yorker and The Economist both tied him to the KKK with their covers, and Time showed a man giving the Nazi “Heil Hitler” salute while draped in the American flag.

Stern took an even more direct approach, showing Trump himself wrapped in the American flag while giving the Nazi salute, alongside the words, “Sein Kampf,” or “his struggle.” The slogan is a reference to Mein Kampf, the title of Adolf Hitler’s autobiography.

The smaller text accuses Trump of stirring up hatred in America.

Trump has received criticism from both sides of the political aisle for taking three days to denounce the KKK, neo-Nazis, and other white supremacists who rallied and caused mayhem in Charlottesville, in spite of calls for him to do so sooner.

He later went on to defend some of those gathered for the rally, ostensibly to protest the removal of a statue of Robert E. Lee, by arguing that many of them were “very fine people” only there out of a desire to see the monument stay put.

Those people would have to have looked the other way as the crowd chanted, “Jews will not replace us” and “Blood and soil,” an English translation of the Nazi slogan “Blut und Boden.” That alone disqualifies them from being called “very fine people” by anyone, let alone the president.