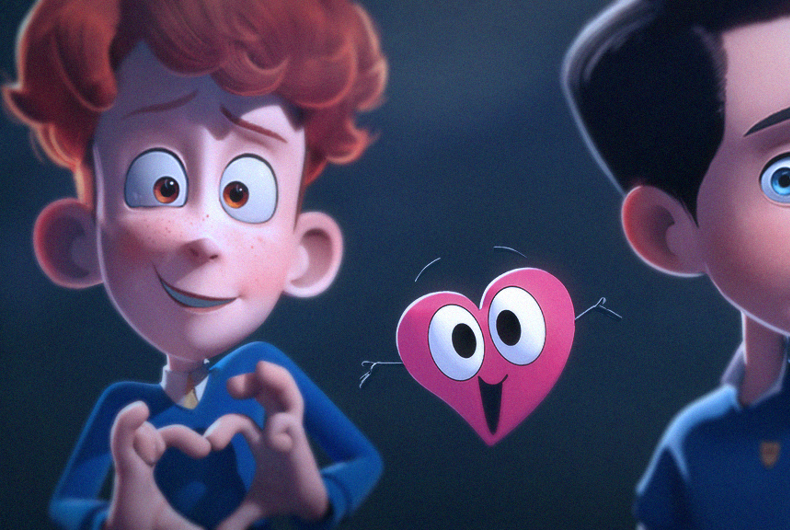 "In a Heartbeat" tells the story of a young gay boy's crush.Photo: Kickstarter

Prepare to have your heart melt with this year’s sweetest animated short film, which tells the story of a gay boy whose feelings can’t help but show.

Young gay love is all too often ignored in films, animated and otherwise, making the project that much more important.

It tells the story of a closeted boy who “runs the risk of being outed by his own heart after it pops out of his chest to chase down the boy of his dreams” and is the work of filmmakers Beth David and Esteban Bravo, from the Ringling College of Art and Design, with score from Arturo Cardelús and sound design by Nick Ainsworth.

This beautiful work speaks best for itself, so without further ado, watch it below.