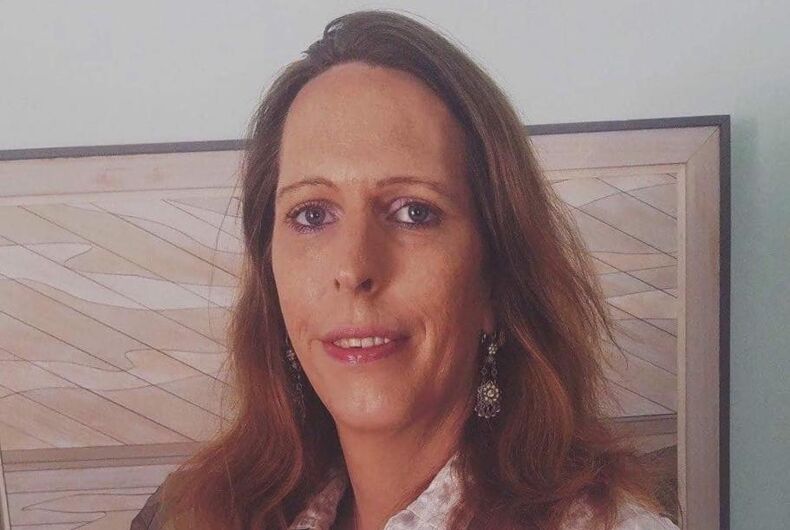 Jessica Shyne Robison was a stellar employee for Walmart owned subsidiary Sam’s Club when she told her manager she would be starting the transition process. While she received several promotions and kudos during her career pre-transition, things quickly turned sour after she came out as trans.

Robinson was “subjected to harassment and intimidation” by her supervisor according to a ruling from the federal Equal Employment Opportunity Commission (EEOC). They also found that her exclusion from the corporate health care policy violated the law.

The commission found that the company “categorically excluded coverage of any services for ‘transgender treatment/sex therapy,’ denying [Robinson] medically necessary care that would have been covered if not for her transgender status” according to the ruling. Walmart recently settled a class action lawsuit brought by several former and current gay and lesbian employees who were denied health insurance coverage for their spouses.

“Ms. Robison was an exemplary manager, who was singled out by Sam’s Club simply for being a woman,” said Jillian Weiss, Executive Director of the Transgender Legal Defense Fund, the organization assisting Robison with her claim. “This EEOC determination is an important step on the path to finding justice for Ms. Robison. The ruling sends a strong message. No one should ever be targeted for discrimination on the basis of sex. The EEOC has put its weight behind Ms. Robison’s claims. We will continue our fight to get justice for Ms. Robison.”

Despite the regular bombardment of discrimination stories and generally poor treatment of workers, Walmart continues to score highly on the Human Rights Campaign’s Corporate Equality Index. Pride At Work, the nonprofit that represents LGBTQ working people, has criticized HRC for the way it scores the CEI for years.

“We are disappointed that the HRC Corporate Equality Index rewards big corporations for questionable employment practices without taking into consideration the lived experiences of the LGBTQ working people in those corporations,” Pride At Work Executive Director Jerame Davis said. “Companies continue to receive high scores on the HRC CEI despite their treatment of workers overall and, in the specific case of Walmart, the treatment of LGBTQ workers. Despite multiple LGBTQ discrimination lawsuits against the company, many other documented incidents of anti-LGBTQ bias, and our own call for the company’s score to be suspended, Walmart’s rating remains inconceivably high.”

“I have always worked hard during my time as a Sam’s Club employee and my dedication to the job resulted in numerous promotions. But all that changed after people found out I was transgender,” said Robison. “Sam’s Club ignored my my job performance and targeted me. It was wrong and the company must make amends.”

The question remains, however, whether or not HRC will continue to ignore the plight of actual LGBT employees in favor of corporate donations.