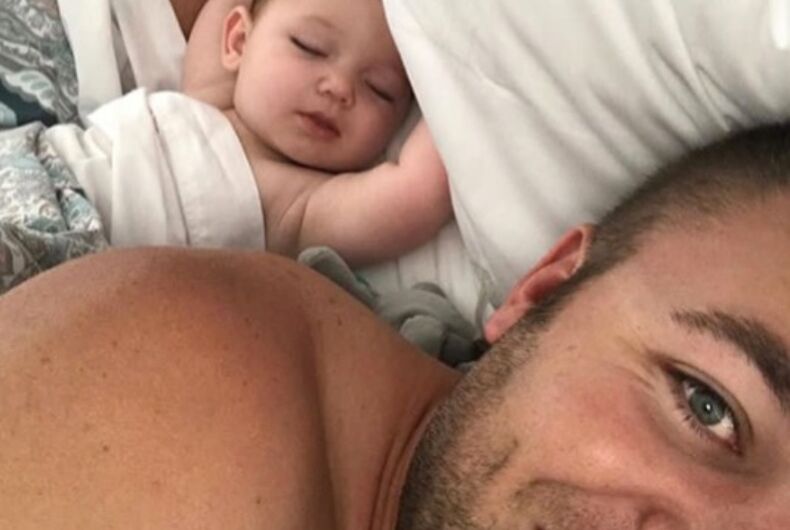 Salt Lake City dads Joshua and Jeremy took their baby, Anakin, to Walt Disney World and the internet has gone nuts for the small family. Their family nap time picture was shared on Instagram by the website Gays With Kids and quickly went viral.

Joshua, a paramedic, and Jeremy, a nurse, met at work and married in 2015. They also have a daughter who didn’t make it into the photo. At two months-old, she stayed behind with grandma.

“We were overwhelmed by how much recognition our photo received,” Jeremy told Gay Star News. “It was a photo I snapped as we were laying in bed recouping from a long hot day at Disney World the day before. Anakin was a trooper at Disney World and went on several of the rides with us and after ten long hours we finally called it a night and went back to our rental house.”

Instagram users quickly commented from around the world with reactions like “Sooo precious” and “J’adore.” But once it hit the site’s Facebook page, the whirlwind of attention grew.

“Thank you for being the example for me and my husband of 15 years, we’re 36 now and are starting a family. Thank you for your hope you give to the world,” one person wrote while someone else commented with, “That baby is relaxed! This pic is adorable.”