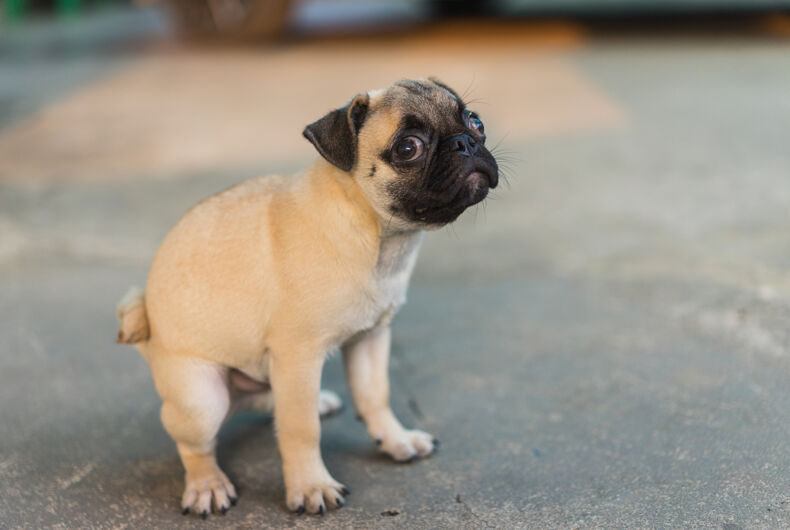 Some communities fight white supremacy by tricking Nazis into raising money to fight against hate and bigotry. Sometimes counter protesters get in the assholes’ faces but some San Francisco residents are taking the power of the butthole to a whole new level.

As neo-Nazis prepare to rally in the city’s Crissy Field, dog owners are stepping in to give the white supremacists something to step in. Hundreds of canine aficionados are letting their dogs do their business in the park and aren’t cleaning it up. Others are bringing bags of poop they’ve saved from walking their pooch in their own neighborhood just to add to the disgusting landmines.

“I just had this image of alt-right people stomping around in the poop,” Tuffy Tuffington told the Guardian. “It seemed like a little bit of civil disobedience where we didn’t have to engage with them face to face.”

Tuffington set up a Facebook event to encourage others to resist asswipes with shit and the idea took off. In a thoughtful gesture, the folks involved plan to return to the park the next day to “clean up the mess and hug each other.”

Other protests and rallies against hate are planned throughout the city, including one organized by activist Cleve Jones and drag queen Juanita More in the Castro district. “With these kinds of creative actions, we dispel fear. We say we’re going to fight you and we’re going to have a ball doing it and we’re going to laugh and love each other,” Jones said.

The Castro event will raise money for ten organizations dedicated to fighting hate and bigotry.

Transgender crosswalk hits the streets of Calgary for pride