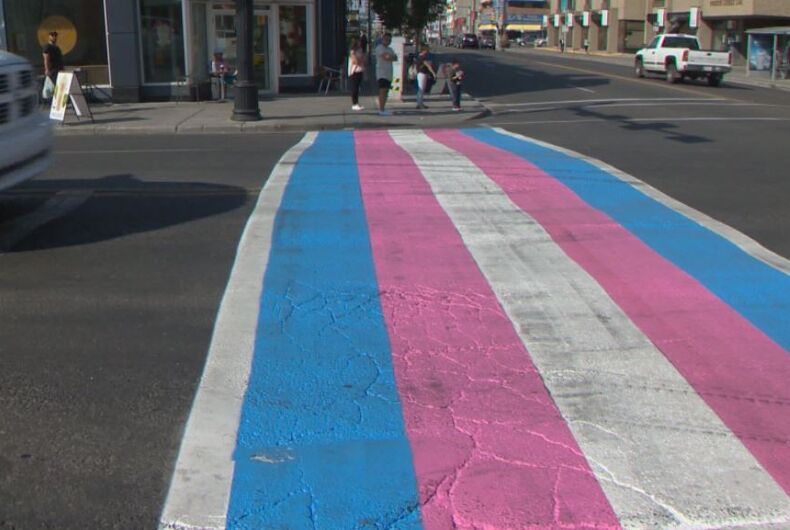 Two new crosswalks have appeared in Calgary in time for pride, one rainbow and one with the transgender pride colors.

It is the first time that the city has painted a trans pride crosswalk, and becomes the third Canadian city to do so, after after Whitehorse and Lethbridge. The one in Lethbridge is the first permanent transgender crosswalk.

“It’s quite a positive and supportive statement for our city to have that done,” Jason Kingsley, president and executive producer of Calgary Pride, said.

“The external perception is still really that we’re a conservative, kind of redneck, cowboy kind of town. And the fact that Calgary has a transgender flag ahead of Toronto, Vancouver, Montreal and some of the other larger cities in Canada I think really says a lot about us and who we are as Calgarians and as Albertans,” Kingsley told the CBC.

Man who plowed car into transgender protesters charged with felony