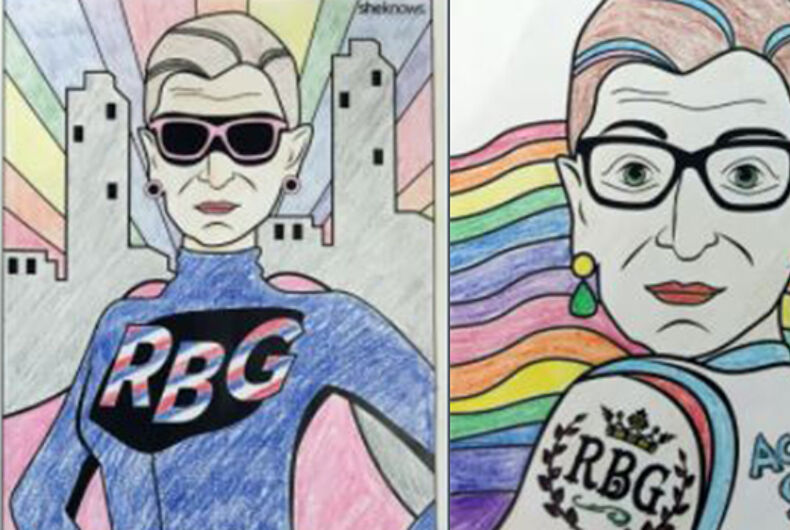 Super Queer Ruth Bader Ginsburg may be the only thing better than the real McCoy.

Ginsburg ruled in favor or marriage equality, and was in favor of it even before it reached the Supreme Court. She also officiated at her friend’s same-sex wedding.

While she has long been popular with progressives, her importance has only grown with the addition of President Donald Trump’s conservative pick, Justice Neil Gorsuch.

Related: After 2 years of marriage equality, Republicans are still trying to destroy it

There are concerns that Ginsburg, 84, and Justice Anthony Kennedy, 81, who also ruled in favor of marriage equality, may soon retire, giving Trump another pick or two to help swing the court even further to the right.

While those thoughts are less than joyous, particularly in light of the increasing attacks on LGBTQ rights from Republican led states, we can at least all take a moment to appreciate the gains won in no small part due to the decisions from those Supreme Court Justices on our side.

Related: What do Neil Gorsuch’s Supreme Court rulings so far tell us? (Hint — It’s not good)

As well as how bad ass Justice Ruth Bader Ginsburg, aka the Notorious RBG, looks as the hero we may not deserve but most certainly need. Perhaps now more than ever.