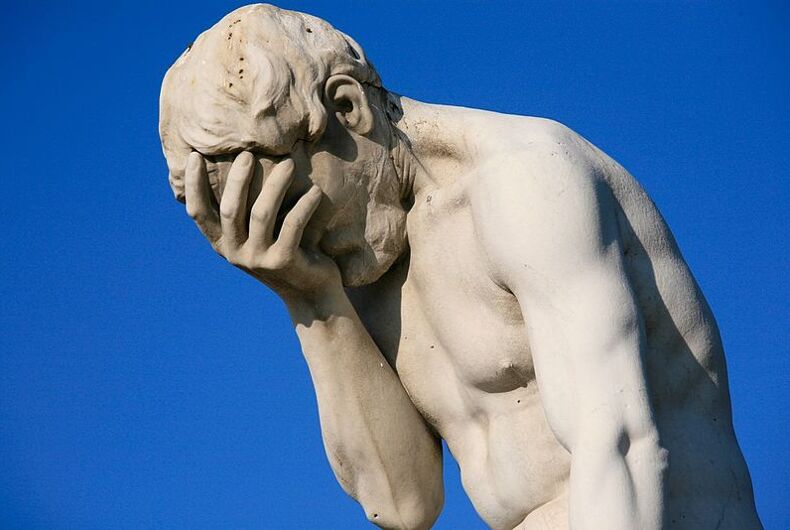 We’ve seen this movie before, and we know how it ends.

The old, “Elect us because the other guy is terrible! It doesn’t even matter what we would do, just look how bad THEY are,” strategy to electoral victory.

I think former president John Kerry and President Hillary Clinton can tell you what a brilliant campaign strategy that is, and give a wholehearted endorsement to one of the House Democrats’ proposed slogans for the 2018 midterm elections:

“I mean, have you seen the other guys?”

Not exactly the most inspiring political slogan, @dccc: pic.twitter.com/oIE9bTBHa0

The slogan was one of several floated as part of a fundraising effort by the Democratic Congressional Campaign Committee (DCCC), The Hill reports.

People voted FOR Barack Obama, not just against John McCain and Mitt Romney. Obama was a strong enough candidate that he could run on a platform that revolved more around what he would bring to the White House than the horror of his opponent getting control. He ran on a platform of “hope” and “change,” and it worked.

But this? This, ‘Hey, we’re better than the other option’ amateur hour nonsense here? That doesn’t work. It has been field tested not to work, and they better get wise fast if they don’t want to continue to empower “the other guys” to have full control of all branches of the federal government.

The Trump administration’s harmful policies, including the rollback of LGBTQ rights and the threat to lives over the Obamacare repeal and the proposed slashing of HIV/AIDS funding, will continue to move forward if the Democrats can’t at least manage to win back the House.

This lackluster and cynical slogan shows that the Democrats are still failing to learn from their failures, and the GOP is laughing, as evidenced by a tweet from the House Republicans.

Not a bad jab, but setting yourself up, particularly in light of the GOP plan to kick millions of Americans off healthcare rolls to give a tax break to the wealthy, for the obvious rejoinder: “Hey, at least we’ve got some morals.”

Still, Democrats, stop setting yourselves up to be such a walking punchline. If the other guy is so bad, why is he so hard for you to beat?

Come at us with some solid policies, tell us how you will get them enacted, and earn our votes. Otherwise, don’t be surprised if a lot of people still vote “Other Guy.” Or gal.