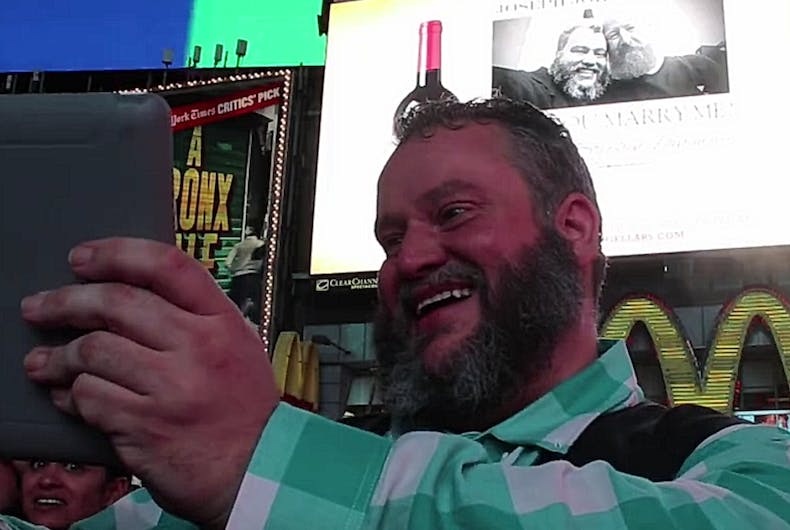 Doug Langway was 10,000 miles away from his partner Joseph Chapman, but that didn’t stop him from proposing. Since Joseph was in Australia, Doug called him on his tablet to pop the question and show him something he’d never expect.

“Definitely,” Joseph responded after the surprise. “Absolutely. I love you so much, I’d marry you in a heartbeat.”

Was William Shakespeare gay or bisexual?