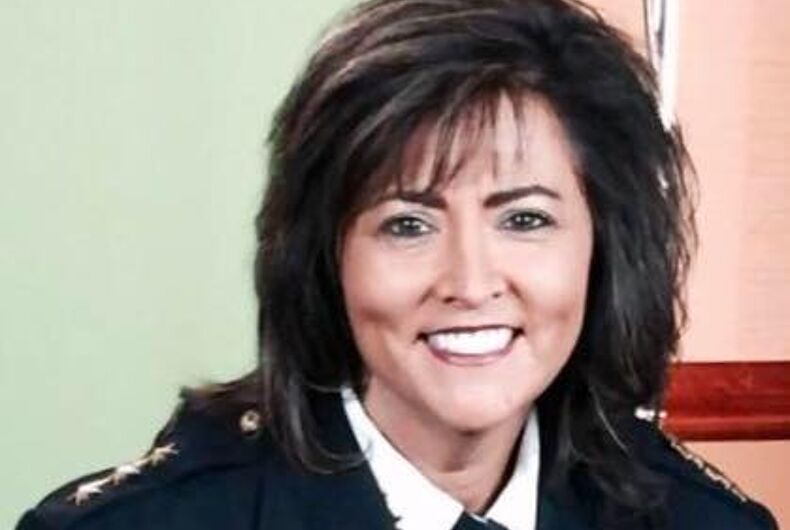 Last week, Justine Damond, a white, blonde, Australian yoga instructor, called the police in Minneapolis to report a rape. She was so concerned that she called the police twice to get them to come faster – she could hear the victim screaming.

When the police arrived, she ran to their car in her pajamas, and officer Mohamed Noor shot her once. He later said that he was scared that she was trying to “ambush” the police officers.

On Friday night, Minneapolis Police chief Janeé Harteau, who was Minneapolis’s first gay Chief of Police, resigned following a statement from Minneapolis mayor Betsy Hodges that the mayor had “lost confidence” in the police chief.

In a press conference on Thursday, Harteau said, “Justine didn’t have to die. I believe the actions in question go against who we are as a department, how we train and the expectations we have for our officers.”

Neither Noor nor his partner Matthew Harrity turned on their body cameras when responding to Damond’s call, and the car’s dashboard camera was turned off. Even though the Minneapolis Police Department spent an estimated $2 million for them last year, KSTP estimates that the average police officer uploads around 6 hours of video content per month from body cameras.

Protestors on Friday called for the mayor to resign as well.

Despite hours of testimony against the Texas bathroom bill, it passes

Kentucky will have to pay $223K because Kim Davis was awful