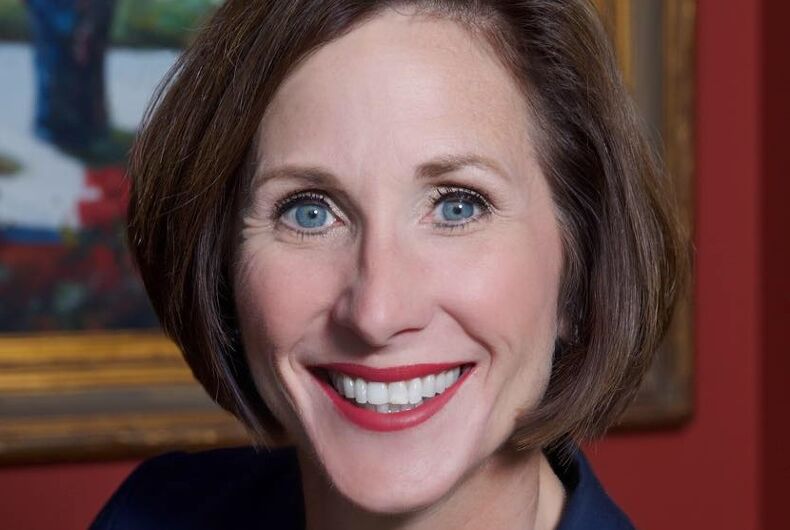 The Senate State Affairs Committee in Texas voted 8-1 to approve a bill that would restrict transgender rights.

The bill will now go to the full senate for a vote, where it is expected to easily pass. It could face more opposition in the house, though, where Republican speaker Joe Straus said, “I don’t want the suicide of a single Texan on my hands.”

The bill’s author, senator Lois Kolkhorst, opened the hearing. “We’re here today because Texas has a tradition of taking care of these issues and not being dictated to by the federal government,” she said, referring to a bill that would ban cities and school districts from passing certain laws.

Ten hours of testimony followed, most of which came from a coalition of LGBTQ activists, teachers groups, school administrators, and business leaders that oppose the bill.

Several people mentioned the high suicide rate for transgender people as a reason to oppose further discrimination, to which Republican Texas senator Craig Estes replied, “I’m hearing that it’s somehow our fault that people are committing suicide. Another explanation could be that people are depressed.”

He went on to say that he is sure that “it would be depressing to be trying to figure out which gender you are,” but that suicide can be caused by lots of things. He did not explain why minority stress should be the only cause of suicide that the government doesn’t take into account before passing laws.

Several business leaders also said that Texas’s major cities could lose millions of dollars in business if this law is passed. The Dallas Convention & Visitors Bureau’s CEO Phillip Jones said that Dallas has already lost $40 million because of this bill and could lose another $1 billion in bookings if the bill passes. The presidents of Austin’s and San Antonio’s tourism offices also said that their cities would lose business.

Nancy Pelosi had the best reaction to Sean Spicer’s resignation