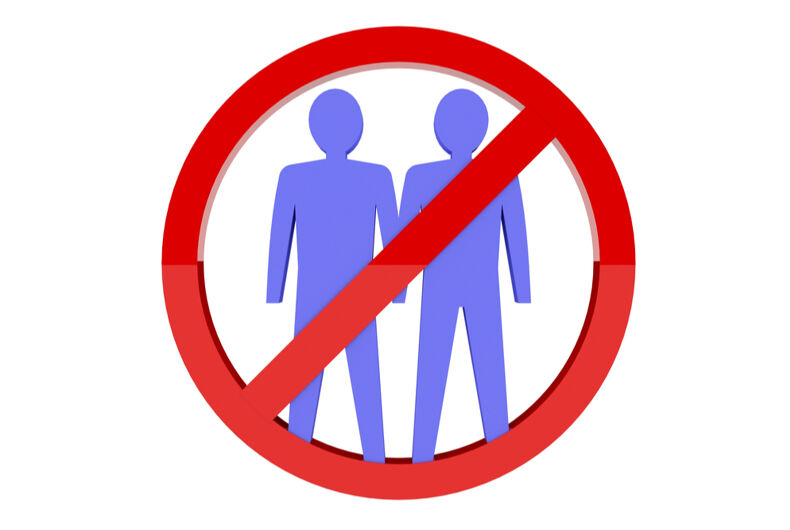 Filippo Mondella, a guest house owner in southern Italy, has found himself in hot water after a disgusting message he sent a gay couple has gone viral.

With the lodging booked in advance, Massimo Arcangeli and his partner thought they were in for an enjoyable vacation at a luxurious villa near the beach. Instead, the got insulted and the owner canceled the reservation.

Arcangeli was exchanging messages with Mondella to go over some house rules and to arrange payment when the host added an “important” notice: “I’m sorry if I seem like a caveman. We don’t accept gays or animals.”

“It immediately made me think of the famous message Nazis would post on their shop windows: ’No dogs or Jews,’” Arcangeli told The Local newspaper. “Seventy years have passed since then and this story cannot be ignored.”

He posted the entire exchange on Facebook (shown below) and the uproar it has caused has the would-be hotelier apologizing in the worst possible way. He said he was texting while driving and didn’t mean to compare gay people to animals, saying he should have added a comma to his message to delineate the two.

“This is important and I don’t want to appear like a troglodyte, but we don’t accept gays and dogs,” he told Radio Capital after his comments became a national story. “[The villa] is not a public structure, it’s a private house.”

“We are Catholic, devout Christians… I have nothing against it, for me they are normal people, but objectively we prefer to keep our faith.”

Arcigay, an Italian LGBT rights organization, has launched a campaign to get Mondella’s villa removed from hotel booking websites and Airbnb.

Psychiatry group to members: Feel free to diagnose Trump with a mental illness