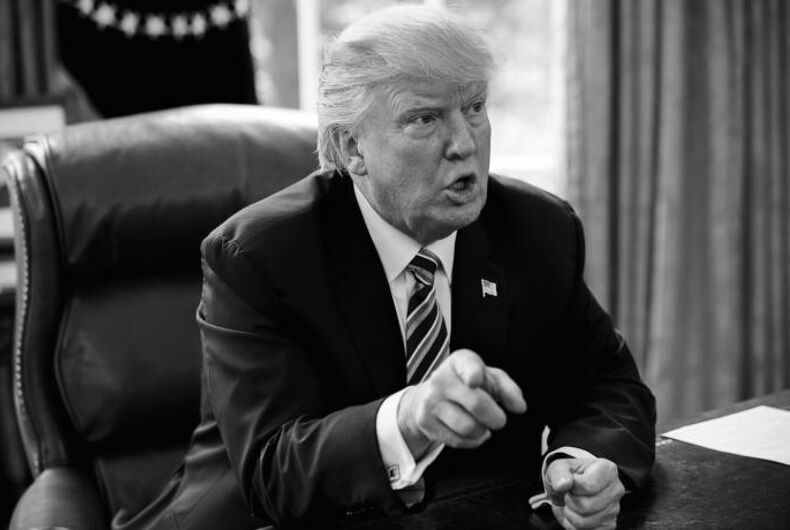 A leading psychiatry group has told its 3,500 members they should no longer feel restricted by the longstanding “Goldwater Rule,” against speaking out on the mental health of public figures, including President Donald Trump.

Dr. Prudence Gourguechon, a psychiatrist in Chicago and past president of the organization, said the decision was driven by “belief in the value of psychoanalytic knowledge in explaining human behavior,” and that the responsibility to do so publicly is greater than ever, “since Trump’s behavior is so different from anything we’ve seen before.”

Dr. Leonard Glass, a psychiatrist at Harvard Medical School, agreed, saying it was wrong to rob the public “of our professional judgment and prevents us from communicating our understanding” of Trump’s mental state.

Glass recently resigned from the American Psychiatric Association, after 41 years of membership, over its decision to stand by the rule.

The Goldwater Rule came into effect after some psychiatrists answered a survey in the 1960s on whether Republican presidential candidate Sen. Barry Goldwater was mentally fit for office.

To be clear @statnews the @APAPsychiatric has not changed position on Goldwater Rule. It still applies to our 37,000 members https://t.co/GUhKyhIsPV

“It was unethical and irresponsible back in 1964 to offer professional opinions on people who were not properly evaluated….

“ and it is unethical and irresponsible today.” APA Past President Maria A. Oquendo, M.D., Ph.D. https://t.co/odt6lbtoT8

What do you think, should mental health professionals be free to speculate on the mental state of elected officials?