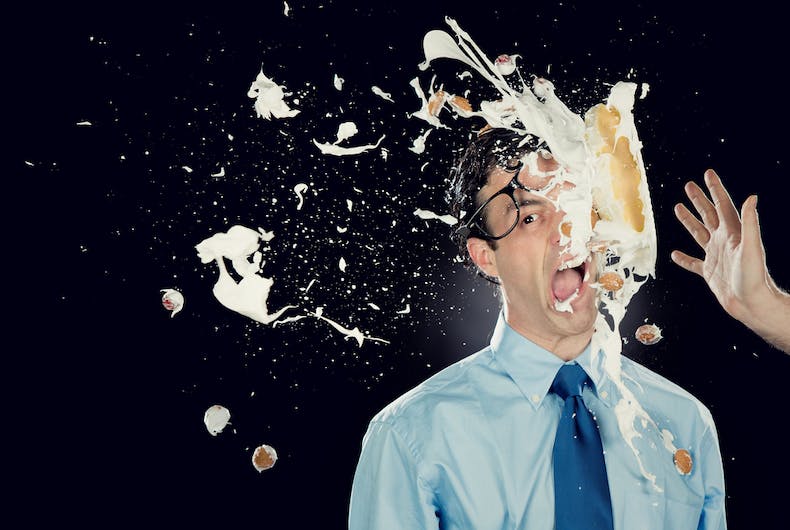 An Irish commission has determined that a baker did not break any nondiscrimination laws by refusing to bake a custom cake featuring an anti-gay message. The would-be customer claimed he was discriminated against because he’s a Christian.

“BY THE GRACE OF THE GOOD LORD, I [name redacted], that in my honest opinion – ‘GAY MARRIAGE’ IS A PERVERSION OF EQUALITY and the 34th Amendment to the Irish Constitution should be REPEALED,” the man requested be written on the cake.

The complainant admitted he was only “testing” the bakery and didn’t actually want the €700 ($815) cake. Instead, he was trying to “balance out” another ruling that ruled against a bakery that refused to make a wedding cake for a gay couple (and still won’t).

“Why should the law favour people of a gay orientation and not deal with me the same way?” the man said at the hearing. “What’s good for the goose is good for the gander.”

The company, however, said that they were overbooked with orders for custom cakes and weren’t taking any new orders. They offered to bake him a simple undecorated cake and he could get it iced elsewhere. The bakery’s lawyers called the lawsuit “frivolous and vexatious” and asked for it to be dismissed.

The bakery’s owners said they didn’t need to decide on the content of the would-be customer’s message. They immediately knew they couldn’t take the order because they were so busy at the time.

After the arbitrator explained the law, pointing out that the man “must prove that he has been treated less favourably than another person because of his religious beliefs,” he ruled in favor of the bakery owners.

“I do not believe that prima facie evidence was heard to prove that the Complainant’s order was refused because of his religious beliefs and/or that the Respondent refused to make this cake because the Complainant is a Christian,” he ruled.