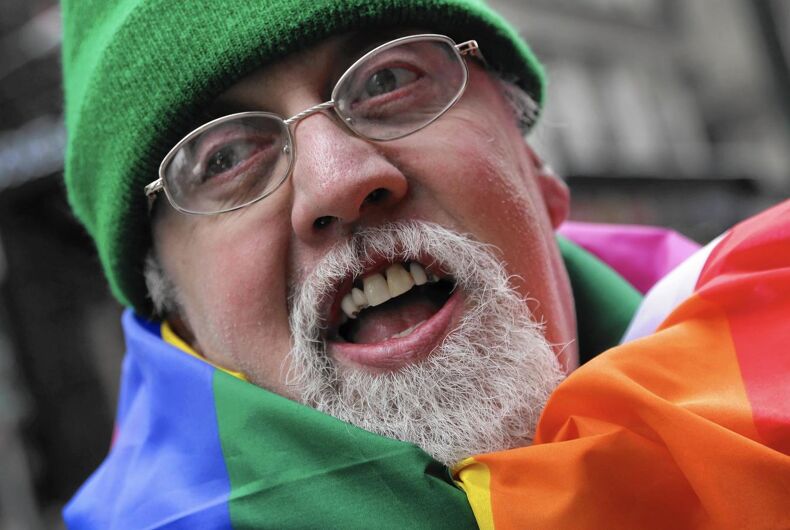 A rally and memorial celebration to honor the memory of Gilbert Baker was set to begin at 6 p.m. EDT and we’ve got the link to get you there. As of press time the Facebook Live event was not yet active.

Baker, 65, died in March of hypertensive heart disease. The civil rights activist, Army veteran and self-taught tailor who created the symbol of the LGBTQ movement 39 years ago would have turned 66 on June 2nd.

Baker’s website tells his story of how he taught himself how to sew and created flags and banners for marches and protests, including the rainbow banner flown by civil rights icon Harvey Milk in San Francisco on June 25, 1978. A memorial was held in that city in April, and then another one earlier this month.

Click here to watch Wednesday’s rally and memorial service at New York City’s Stonewall Inn. It was scheduled to begin at 6 p.m.