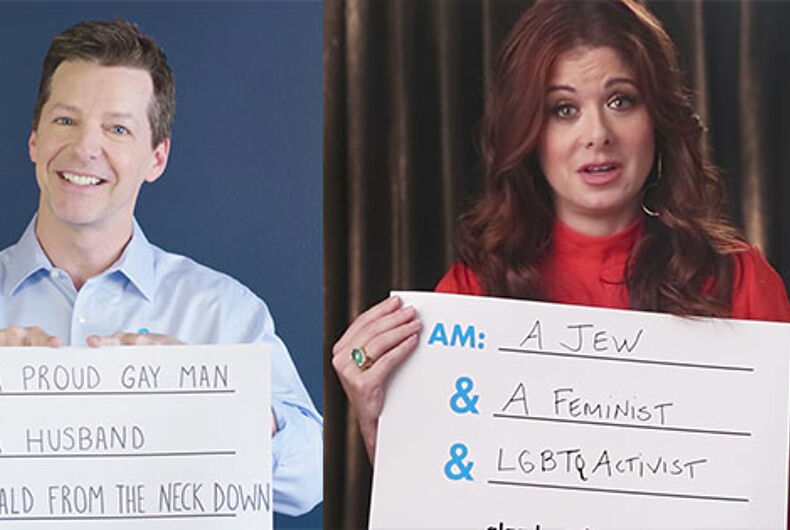 Two stars of this fall’s much-anticipated reboot of Will & Grace have a message for their fans, and it’s not a promo for their upcoming NBC sitcom. As Gay Star News reported, Debra Messing and Sean Hayes are “coming out” to promote Pride marches and rallies this Sunday.

“I’m Sean Hayes and I’m a proud gay man and a husband,” deadpans Hayes in the video posted by GLAAD. “And bald from the neck down.”

Messing follows and describes herself as “a Jew, a feminist and an LGBTQ activist.”

“No one is just one identity,” says Hayes. “We must stand in unity and support each other whether you’re LGBTQ or part of any marginalized community.”

Their TV series returns for a ninth season this September for the first time since going off the air in 2006.