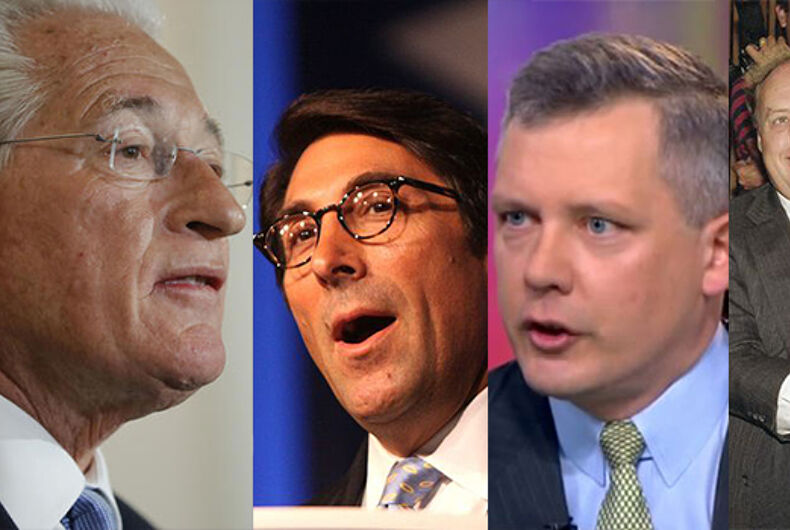 President Donald Trump has lived the kind of life that requires the presence of a large legal team. He spent years as a private businessman with shady practices that tended to lead to lawsuits, and he has certainly been no stranger to filing many himself as well.

Now that the special counsel investigation into Russian ties with the Trump campaign is beginning to run at full steam, and may include an active investigation into the president himself, he has shored up his personal legal team.

Understanding who the president has chosen to represent him in these matters gives yet another interesting insight into Trump’s world, as well as what to expect from this team of high profile attorneys.

Marc Kasowitz is heading up the defense team, and is Trump’s longtime personal lawyer, often looked at, like his famous client, as something of an outsider. He is also known as being one of the toughest attorneys available for hire.

He has also represented Russian oligarch Oleg Deripaska, who is not only friends with Vladimir Putin, but is also a business partner of Trump’s former campaign manager, Paul Manafort.

As The Daily Beast reports, SCLJ co-chair Anatoly Pchelintsev, told Voice of America in 2012 that “homosexual propaganda” exists in “both direct and hidden forms” and that laws barring it are a good thing, like Russia’s “gay propaganda” law.

“The key will be that it works and guarantees some kind of punishment,” he also said that same year.

Sekulow himself has expressed anti-LGBTQ views, such as saying in 2003 that overturning a law prohibiting gay sex would have dire consequences:

Sekulow also has a radio call-in show and is a regular on Fox News.

Michael Bowe works with Kasowitz, as a partner at Kasowitz Benson Torres LLP.

He deposed SAC Capital Advisors LLP founder Steven Cohen, who was charged with not preventing insider trading at his firm.

Among his other most notable cases are a $6 billion RICO action on behalf of Fairfax Financial Holdings, the largest Canadian insurance company, and representing Resolute Forest Products in a case against Greenpeace.

John Dowd, the latest addition to the team, represented Sen. John McCain during the late 1980s and early 1990s on ethics charges during the Keating Five banking scandal. McCain was eventually cleared.

In addition to those high profile cases, Dowd has years of experience in white-collar crime cases, his area of expertise.

He defended hedge fund founder Raj Rajaratnam in a 2011 trial brought by federal prosecutors in New York over insider trading. Rajarantnam was found guilty and spent 11 years in prison.

Dowd appears to share a trait with his new client: Thin-skin.

This can be witnessed in the email he sent to a Wall Street Journal reporter whose coverage Dowd wasn’t happy with during the Rajarantnam case:

Trump’s latest scheme: The sun will pay for the wall