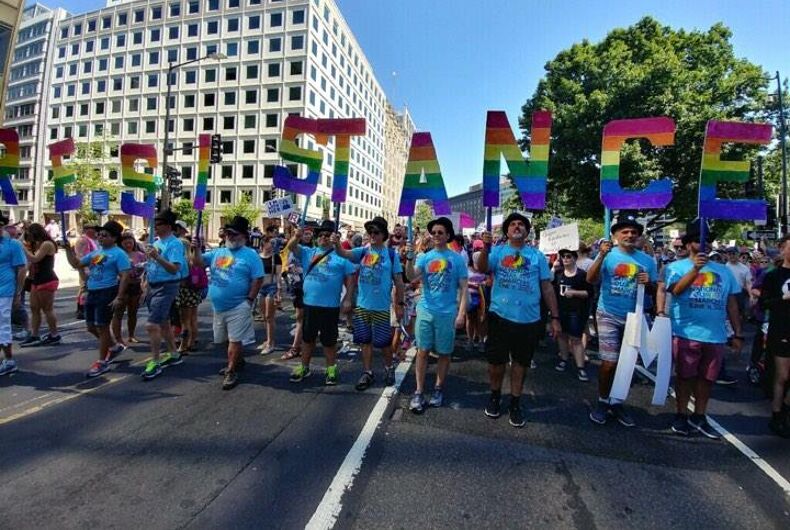 Equality March for Unity and Pride set off earlier today with good weather in DC.

It was not organized by the same people as Capital Pride.

The march route goes right past the White House and ended on the National Mall, putting electoral politics at the center of the march’s message. Its platform included a wide range of issues including LGBT youth homelessness, transgender issues, and access to HIV/AIDS treatment.

Police have not yet released an estimate of the size of the crowd. Organizers estimated that the march would draw 200,000 people earlier this week.

Signs at the march were colorful.

And the Sisters of Perpetual Indulgence were there too.

The Equality March for Unity and Pride in DC today has been planned since January, when Brooklyn resident David Bruinooge, inspired by the Women’s March, created a Facebook page for developments related to the protest.

Since then, marches have been planned for all over the country to coincide with the protest in Washington today. Los Angeles’s pride parade – scheduled for this weekend – was cancelled in favor of a protest march.

Earlier this week, LGBTQ Nation reported that 200,000 people were expected at the march, but that local activists were worried that logistical preparations weren’t being made and that there were no plans to build on the organizing potential of a national march.

Here’s who I think will win ‘RuPaul’s Drag Race’