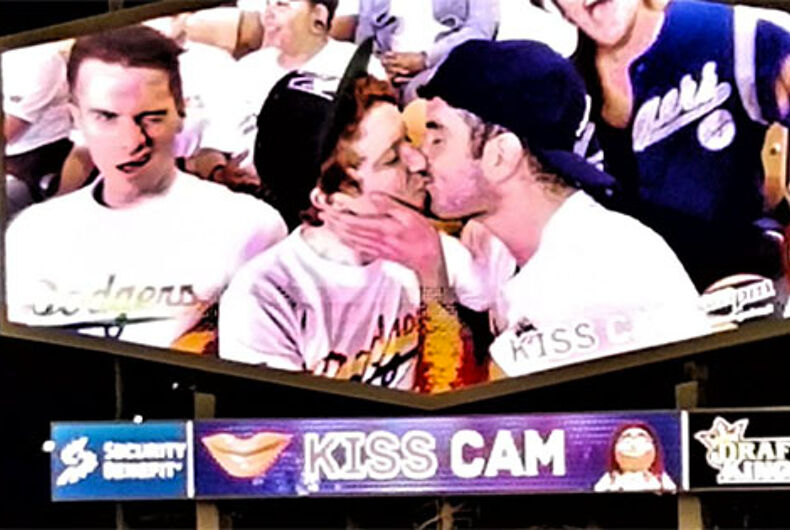 When the Dodgers celebrated Pride Night at their Los Angeles baseball stadium last week, one modern-day staple of the ol’ ballgame turned out to be one extra special event: the Kiss Cam.

Straight couples were by no means excluded, but what LGBTQ fans really cheered for was seeing the lesbians, gays and bisexuals pucker-up for all to cheer.

The June 9th game against the Cincinnati Reds was the kickoff for L.A. Pride. The Dodgers are one of eleven Major League Baseball teams featuring a night to honor the LGBTQ community. Attendees received a rainbow Dodgers tee-shirt.

And how ironic: one of the teams that still hasn’t found a spot in its calendar for Pride is the Cincinnati Reds, who offer fans Family Sundays, Thirsty Thursdays and Bark in the Park events. But not one night for the LGBTQ fans.

Lucky and happy Dodgers fans tweeted from the stadium to show their appreciation.

And best of all, the Dodgers won, 7-to-2, making the Reds double-losers.

At the dodgers game with my girl ⚾️💙 #LGBT🌈 #MLBmemorybank pic.twitter.com/MWvdtfHOSq