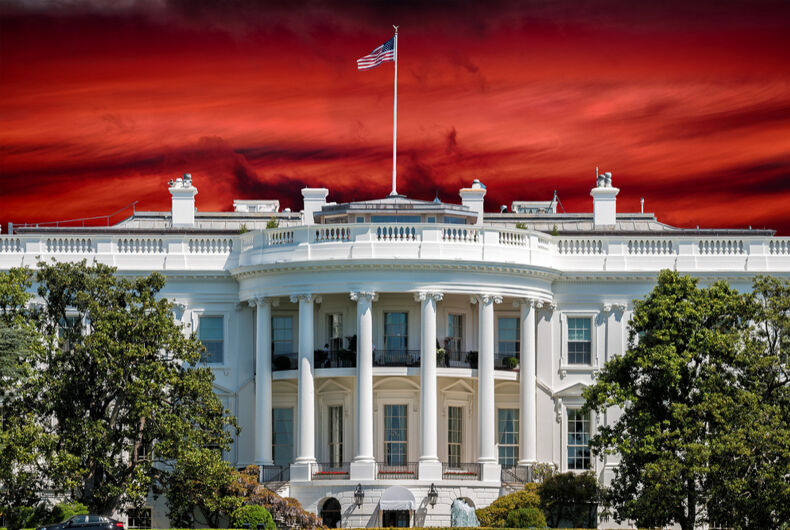 While actually mythological, coming from Trump, members of his administration, and other supporters, “deep state” refers to a conspiratorial shadowy network of manipulators pulling the levers of government power in Washington, D.C. as a covert force in resisting and attempting to bring down this president and his legislative agenda.

“Fake news,” as used by Trump, includes any and all unfavorable news and other reports that exposes this administration to the bright lights of public scrutiny. The term stands even in the face of the New York Times finding that Trump misled or misstated the facts at least once in 91 of his first 99 days, and the Washington Post counted 623 false or misleading claims in the first 137 days after swearing to uphold, protect, and defend the Constitution of the United States of America.

Leaders on the political and theocratic right employ the concept of “doublespeak” in which they deliberately distort, disguise, or reverse the meaning of words and ideas. This process results in the death of reasoned and rational critical dialogue and debate.

When reporters ask them questions that by any measure would be seen as appropriate and cogent, these leaders simply use the tactic of doublespeak, and, thereby, shut down any discussion. “Next question!”

Of course, they have packed many additional terms in their doublespeak arsenal, like, for example, “liberty” and “freedom” to advance their agendas, which include such tenets as shrinking the size of the federal government and giving more control to state and local entities; ending governmental regulation of the private sector; privatization of state and federal governmental services, industries, and institutions including schools; permanent incorporation of across-the-board non-progressive marginal tax rates; and market driven unfettered “free market” economies, that ultimately, they argue, will ensure individuals’ autonomy.

In addition, the National Rifle Association claims as one of its branding mottoes that “Guns Save Lives,” but just how many lives do guns save with the estimated 33,000 lives taken each year, including about 11,000 declared as homicides?

Individuals and groups claim they are “pro life,” at least until birth. After that, many of these same groups advocate reducing or eliminating entitlement programs that serve as safety nets for those in need. In many instances, “pro life” means that infants and their families should be left on their own, while expecting no assistance from government. Also, they stand as “pro life” while simultaneously supporting capital punishment. Doublespeak?

And for many of these same individuals and groups, the “separation of [religion] and state” means that the state must stay out of the affairs of religion, but religion has the moral duty of entering and affecting the affairs of government. Doublespeak!

The political and theocratic right has very skillfully manipulated the language and the discourse in its concentration on so-called “social issues” by attempting to own the terms “patriot,” “patriotism,” “honor,” “country,” “faith,” “freedom,” “liberty,” “security” [(“motherhood,” “apple pie”)], and, of course, “real American.”

With this doublespeak misappropriation, they attempt thereby to demonize and “other” those who favor women’s reproductive freedoms; marriage and other civil rights for same-sex couples and individuals; trans protections and visibility; scientific research; support for the arts and humanities; those who warn of the human component in global climate change; those who advocate for common sense gun control, comprehensive “single-payer” health care, equitable tax policies, compassionate immigration reform, inexpensive or free public higher education, appropriate and comprehensive governmental regulations over the private sector, investment in infrastructure and clean renewable energy sources, strong labor protections, voting rights, supervision over law enforcement agencies, actual separation of religion and government, diplomatic solutions to international conflict with military means only as a last resort, and many other issues.

The political and theocratic right may engage in doublespeak, but as members of the rational resistance, we will continue to expose the false and misleading assertions and clear-cut lies. In the final analysis, truth will win out.

Now this is how you troll an antigay street preacher