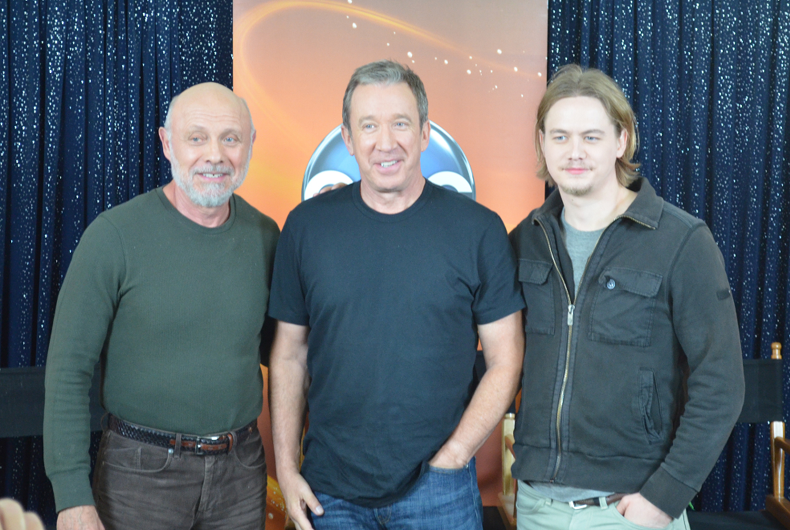 Sometimes, it’s just really hard to accept that your favorite show has been cancelled.

Debbie Massey, executive director of the Madison-Rivergate Chamber of Commerce in Nashville, though, took the news really badly.

Massey loves Last Man Standing, Tim Allen’s show that’s in its fifth season. ABC announced this week that the show would be cancelled.

I can’t believe that I am supposed to be ok with shows like Grays Anatomy or Nashville or any other show that promotes LGBT blah blah blah..,WHATEVER! Cramming same sex making out into our Homes! But I can’t watch MY FAVORITE show! Last Man Standing! Talk about discrimination!! ABC needs to listen to the majority -not the 2% -Afraid of lawsuit? Maybe we should scream, riot, wine and create law suits against EVERYBODY that doesn’t make us feel good, then we can get our way!! “Last Man Standing” also offered the counter viewpoint…it’s not like you didn’t hear the other side. It is obvious they wish to only present their views and only wish to INDOCTRINATE people. We live in a country of FREE speech, if we believe it we should practice it and not support those who suppress it!

With that post, Massey shared a link to a Brietbart article about how Last Man Standing was cancelled because of Tim Allen’s known conservative politics.

That theory, while popular among conservative pundits, doesn’t have any evidence behind it. There are other reasons the show may have been cancelled, including increased salary demands from actors and the show’s inability to attract an audience that advertisers like, and Hollywood has generally been very tolerant of actors’ politics, even conservative politics.

Massey’s references to “LGBT blah blah blah” or “same sex making out,” though, are a sign of a rightwinger who sees everything through the lens provided by rightwing media. To her, ABC might actually have cancelled Last Man Standing because gay people were about to sue since the show doesn’t have any same-sex kissing in it. Every day she’s hearing about how various minorities are trying to take control of everything away from people like her, and it’s not unheard of for conservatives to think that gay people are trying to make everyone gay.

So for her, that’s going out on a limb. To the rest of us, though, she’s just spouting gibberish.

Protestors call for Kentucky judge to recuse himself