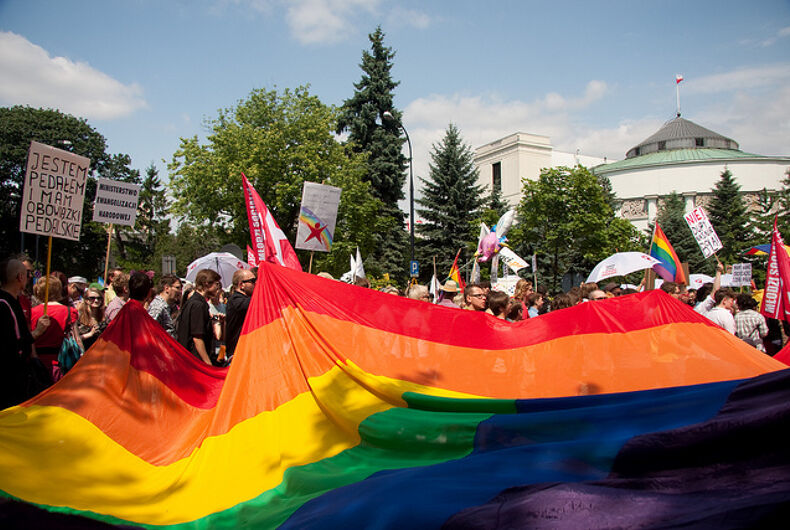 Gay rights organizations in Albania have held their annual pride event without any disturbances, while the country’s political opposition prepared for an unrelated national protest in the capital, Tirana.

Scores of bikers with multi-colored balloons and flags on Saturday started their mile-long (1.6 kms) ride passing past a tent pitched by the opposition in front of Prime Minister Edi Rama’s office in downtown Tirana.

Opposition Democratic Party leader Lulzim Basha had assured the gay pride participants there would be no incidents or threats during their ride, which started two hours before the other protest.

Unlike the previous year no Western diplomats were seen joining the riders.

Xheni Karaj, one of the organizers, said that from nine participants in the first pride ride 2012, the event has grown to scores of people.

“This is an act of protest. The time of pledges is over. Time has come Albanian politicians carry out and respect their promises,” said Karaj.

Kristi Pinderi said gays have decided not to hide anymore and the pride ride was the “joy of life and love.”

The half-hour ride, also supported with participants from Kosovo, Macedonia and Serbia, ended without incident.

The independent People’s Advocate, Igli Totozani, joined the ride and hailed the participants “for your courage and in defense of your cause.”

Sean Spicer and Donald Trump make out on SNL

Woman writes hateful tirade because her ‘favorite show’ was cancelled