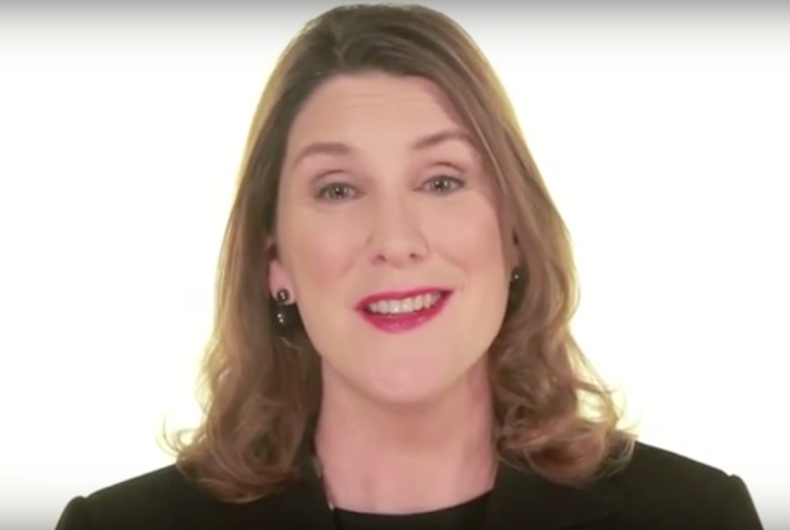 Dr. Charmaine Yoest was tapped by Donald Trump to serve as Assitant Secretary for Public Affairs for the Department of Health and Human Services.Photo: Screenshot

At this point, the fact that a Donald Trump appointee is opposed to LGBTQ equality is more or less expected. Despite this not uncommon denominator, one new appointee appears to be scrubbing her history of bigotry.

After Donald Trump tapped Charmaine Yoest last week as the Assistant Secretary for Public Affairs at the Department of Health and Human Services, the National Center for Transgender Equality (NCTE) called out anti-transgender comments posted to her blog by Yoest and her husband:

Yoest has spoken out publicly against LGBTQ equality and transgender rights in particular in her roles with the anti-LGBTQ hate group Family Research Council (FRC) and as a senior fellow for American Values, as well as on her blog, Reasoned Audacity.

“It’s almost as if President Trump is trying to find people who say the most mean, spiteful, hateful things about transgender people to fill roles in his administration,” said NCTE Executive Director Mara Keisling.

Shortly after NCTE called out Yoest’s transphobia, the posts started to disappear. Fortunately, the internet never forgets, and archived versions of her comments are still available.

In one of the since-deleted posts, Yoest’s husband writes about her upcoming appears on Fox debating transgender issues.

“So this is what liberals have made our world into: A happily married normal mother of five children is forced into debating a trany of some stripe on Values [sic],” he writes after comparing transgender people to individuals with Body Integrity Identity Disorder, a condition in which people without limb loss identify as amputees.

As Think Progress notes, plenty of Yoest’s comments still live in, like the video below of her defending anti-transgender “bathroom bills” on CNN.

Yoest is also anti-abortion and will be joined at the DHHS by fellow Family Research Council alum Theresa Manning.