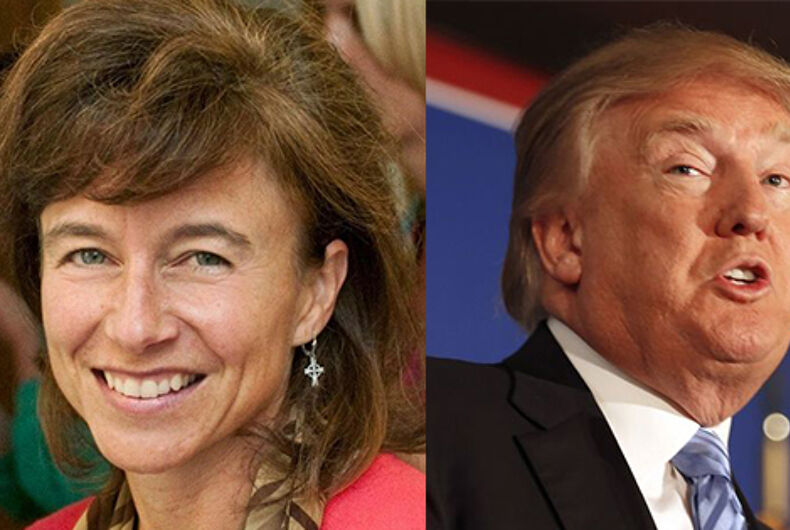 The lawyer, who has worked for anti-abortion group the National Right to Life Committee, and anti-abortion and anti-LGBTQ group Family Research Council, is expected to be named deputy assistant secretary for population affairs at the Department of Health and Human Services (HHS).

While the Trump administration has not confirmed the appointment, but several sources told Politico reporter Jen Haberkorn that the announcement was forthcoming. Further, Manning’s name is already listed in the HHS employee directory.

The Hill confirmed the reports, and noted that Manning has a history of contraception skepticism, saying in a 2003 interview:

Its efficacy is very low, especially when you consider over years, which you know a lot of contraception health advocates want, to start women in their adolescent years, when they’re extremely fertile, incidentally, and continue for 10, 20, 30 years, over that span of time.

Manning would be in charge of over a quarter of a billion dollars in the Title X program, and would help set national policy around issues of contraception, family planning, and teen pregnancy.

“We are at the lowest rate of unintended pregnancy in 30 years and a historic low for teen pregnancy because of access to birth control,” Planned Parenthood Executive Vice President Dawn Laguens said in a statement. “Someone who promotes myths about birth control and reproductive care should not be in charge of the office that is responsible for family planning at HHS.”

On Friday, it was announced that Charmaine Yoest was the new assistant secretary of public affairs at HHS. Yoest is the former president of the anti-abortion group Americans United for Life.

The new House of Cards trailer has a bisexual twist