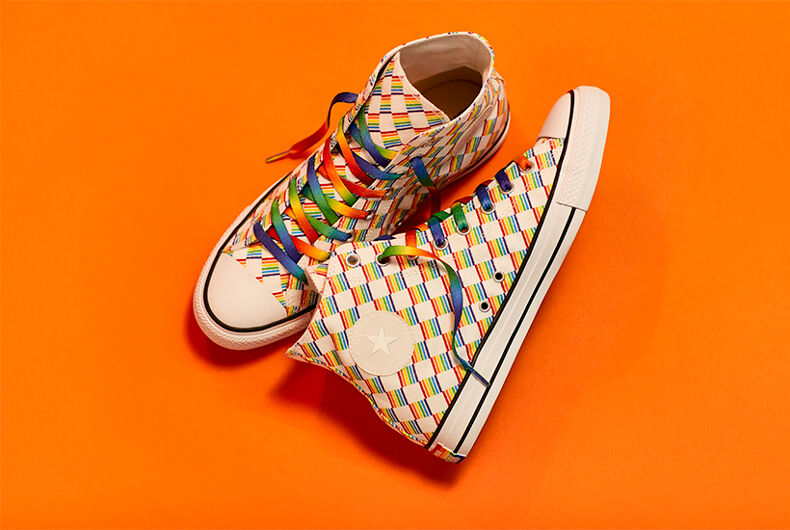 It’s that time of the year when apparel companies highlight their LGBTQ friendliness with rainbow hued special Pride lines. And Converse is no exception.

Known for its casual yet iconic canvas sneakers, Converse has put out a line of Pride shoes annually since 2014.

Other brands have since followed in Nike’s footsteps, including Adidas, Levis, Old Navy, and Target. A Spanish company has even released bear-themed shoes.

“Through this collection, Converse says YES TO ALL, standing with the belief that whatever your gender, sexual orientation, or identity, everyone is free to be who they are,” the company said in a release.

The new line went on sale May 25 and run $25-$110. A portion of the proceeds will be donated to LGBTQ charities It Gets Better and The Happy Hippie Foundation.

What’s your favorite style? If these aren’t rich enough for your blood, check out the new line from Gucci.