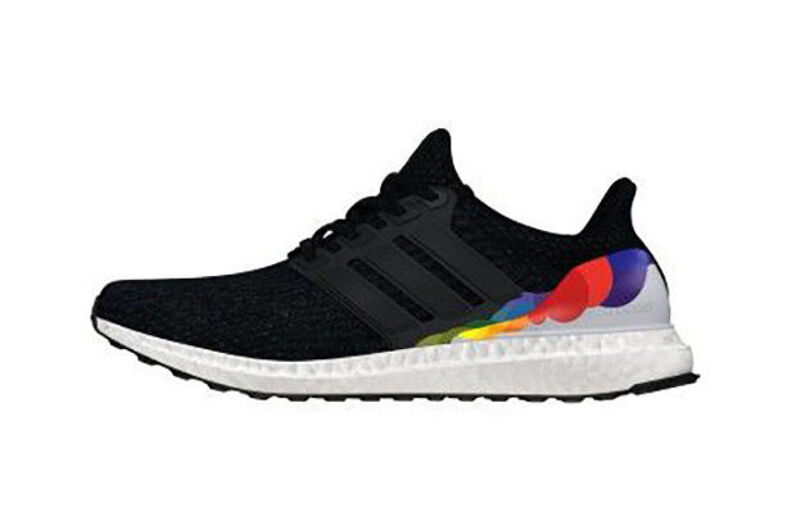 Adidas Ultra Boost with an LGBTQ twist. Rumored to be available in May 2017. Photo: HYPEBEAST

Adidas looks set to celebrate Pride Month early, with a rumored May 2017 release of a special edition Ultra Boost celebrating the LGBTQ community.

The mostly black shoe will feature a rainbow pattern on the side of the white heel.

This isn’t the first time the German company has shown support with special kicks. In June 2015, Adidas came out with the Pride Pack, with a redesign of the Stan Smith, Superstar, and Adilette.

The special Ultra Boost will most likely be available in certain Adidas retail stores as well as online, as was the case with the Pride Pack. No official word on price as of yet.

Adidas also added a clause last year to their sponsorship contract ensuring athletes that they won’t lose their backing should they decide to come out.

“Adidas acknowledges and adheres to the principles of diversity, as this is a central part of the Adidas group philosophy,” it read. “Therefore Adidas warrants that this agreement will neither be terminated nor modified in case the athlete comes out to the public as a member of the LGBT community.”

Why has Russia started a registry of HIV-positive people?