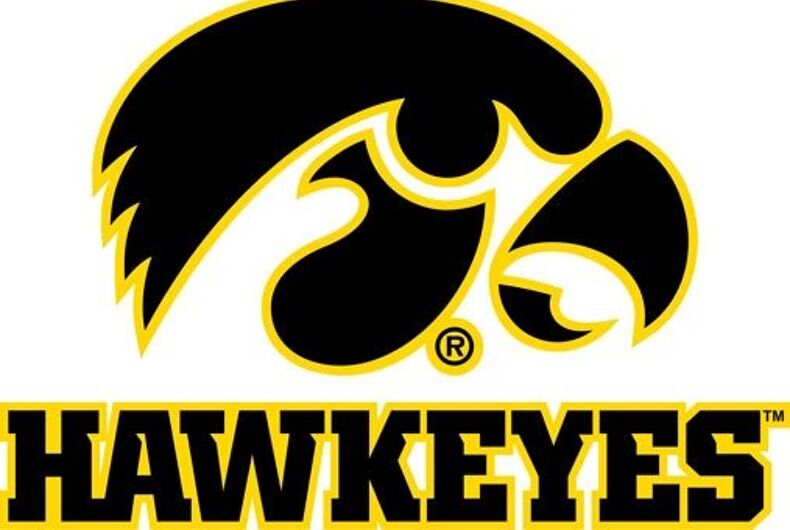 The University of Iowa HawkeyesPhoto: Logo

A former University of Iowa athletic administrator was an outstanding employee on track to head a college program until she was unfairly transferred and later laid off for discriminatory reasons, her attorney argued Tuesday during opening statements of the trial over her lawsuit against the school.

The trial is expected to offer a behind-the-curtain glimpse at big-time college sports, with testimony from athletic director Gary Barta, head football coach Kirk Ferentz and others. Jurors must decide whether former administrator Jane Meyer suffered workplace discrimination as a gay woman in a relationship with a Hawkeye coach, whether the school retaliated against her and whether she was paid far less than deputy athletic director Gene Taylor for similar work.

If they agree with Meyer, jurors could award her damages for pay and emotional distress. But the university closed the door Tuesday on one potential avenue of relief by appointing associate athletic director Barbara Burke to replace Taylor, who announced Friday he was leaving to become athletic director at Kansas State. Some of Meyer’s backers had hoped she could move into the vacancy.

During opening remarks, Meyer’s attorney, Thomas Newkirk, tried to get ahead of the university’s arguments that she was a problem employee by noting that Meyer was never officially disciplined for any reason during her time with the Hawkeyes. Newkirk said Meyer was on track to become an athletic director until she was fired, which he described as the “final nail in the coffin” for her career in athletics.

Newkirk said Barta once remarked that Meyer “would make a fine athletic director.”

Meyer’s problems began in 2014, when Barta fired field hockey coach Tracey Griesbaum over complaints about her treatment of some players. Many players and fans protested the decision, and Griesbaum argued that she was treated more harshly than male coaches and planned legal action.

After media reports that Meyer and Griesbaum had been in a decade-long relationship, Barta transferred Meyer outside the athletics department while her partner’s litigation loomed. She worked as a university construction manager until being laid off last year when that position was eliminated.

Assistant attorney general George Carroll, who is representing the university, told jurors that Meyer’s claims of discrimination were a “red herring” and that Barta didn’t care that Meyer and Griesbaum were in a same-sex relationship. Carroll cited communication issues between Meyer, Barta and Iowa coaches.

Carroll claimed Meyer also yelled at Barta so vehemently following Griesbaum’s dismissal that Barta could have fired her on the spot.

“It was open insubordination,” Carroll said.

The trial could last up to three weeks.

Meyer is expected to testify Wednesday and Barta is slated to take the stand Thursday.

Fired! Say ‘Buhbye’ to Bill O’Reilly with a look back at his worst moments