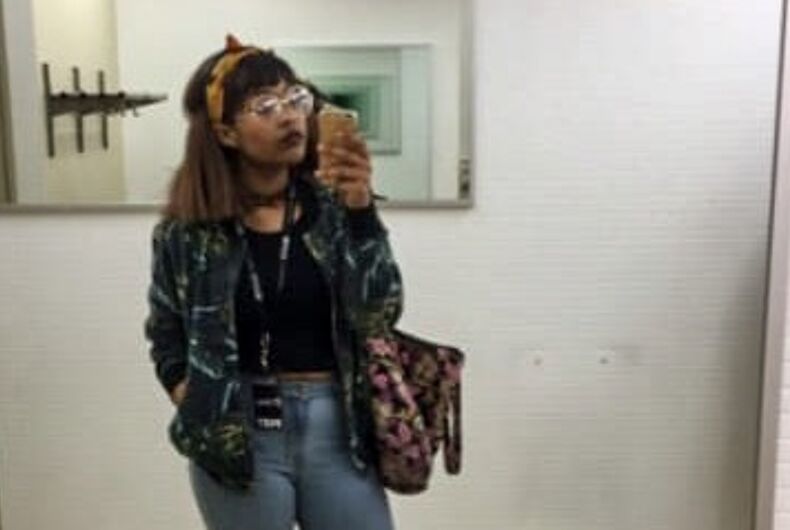 A college student attending a poetry slam competition has inspired, delighted and surprisingly angered Twitter users with a simple set of snapshots from inside a gender neutral bathroom.

The setting is the University of Chicago, and the participants, according to Buzzfeed, are queer. It all started with a tweet this past weekend by Julissa Emile, 19.

Attending her first-ever poetry slam competition, Emile is a freshman from Boston’s Wheelock College. Buzzfeed reported that she and her teammates killed some downtime taking selfies around the campus hosting the competition, the University of Chicago.

And the idea of the university’s gender neutral bathrooms really struck a chord with Emile, and her friends, who joined in.

There were some who expressed outrage and outright transphobia.

And Emile’s tweet, which paid homage to a popular meme, in turn inspired imitators of its own.

And it triggered a lot of positive emotions, too.

I HAVE NEVER SEEN SOMETHING SO BEAUTIFUL https://t.co/fdYzB4Bnds

These pics put a genuine smile I haven't had in a while. Thanks ❤💙💚💛💜

Man dies peacefully after being told President Trump had been impeached

University of Iowa’s athletic program is on trial for discrimination