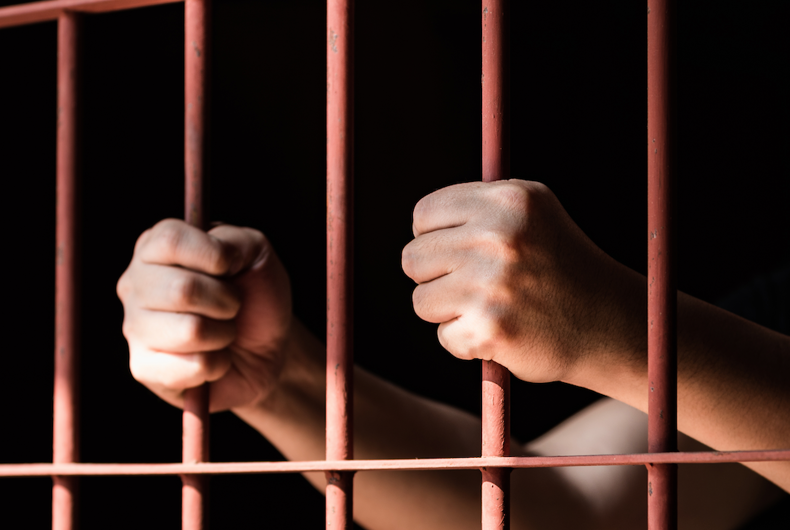 Lesbian, gay, bisexual, and queer youth are more likely to be incarcerated than their non-LGBQ peers, according to a new study from The Williams Institute. LGBQ incarcerated youth also experience longer sentences and higher rates of sexual violence.

That’s especially true among incarcerated girls — nearly 60 percent are sexual minorities. The study defined “sexual minorities” as including girls who identified as lesbian or bisexual (39.4 percent) as well as those who said they had some attraction to people of the same gender.

While only 3.4 percent of the incarcerated boys identified as gay or bisexual, those that did were nearly 11 times more likely than straight youth to report experiencing sexual violence by their peers.

“The rates of sexual victimization of youth in custody by peers is high and lesbian, gay, and bisexual youth report sexual violence by other youth at much higher rates than their heterosexual peers,” said researcher Dr. Bianca D.M. Wilson in a release. “The findings support calls by policymakers and advocates for the need to pay attention to the unique needs of LGB youth in state systems.”

The study, published in the Journal of Youth and Adolescence, also found that sexual minority youth are 2-3 times more likely to be in custody for more than a year.

Incarcerated LGB adults are similarly overrepresented and abused. Another recent study, published in the American Journal of Public Health, found that lesbian and bisexual women in particular were overrepresented in prison populations. It also found that all sexual minorities, including those who’d had same-sex experiences prior to being incarcerated, faced an increased risk of sexual assault and solitary confinement.