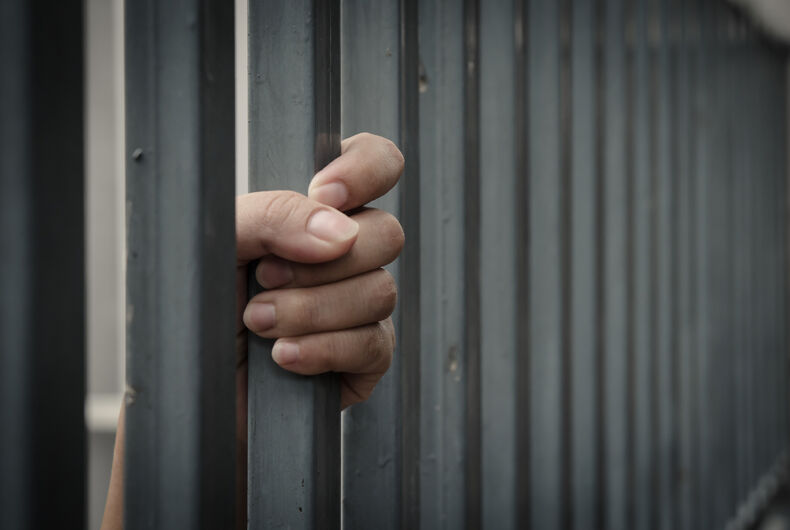 The study, published in the American Journal of Public Health, found that lesbian and bisexual women in particular were overrepresented in prison populations. It also found that all sexual minorities, including those who’d had same-sex experiences prior to being incarcerated, faced an increased risk of sexual assault and solitary confinement.

After analyzing data from more than 80,000 respondents, NBC OUT reports, researchers found that sexual minority women account for an “overwhelming” 42.1 percent of women in prison and 35.7 percent of women in jails, which study author Lara Stemple said is “a proportion that is about 8 to 10 times greater than the 3.4 percent of lesbian or bisexual women in the U.S. population.”

Stemple said the findings have major implications for future work with incarcerated women.

“[No one] should be doing any work on incarcerated women from this point forward without thinking about how [it] affects sexual minorities,” Stemple said.

“Sexual minority inmates have very different experiences behind bars,” Stemple said, “but we haven’t ever had really solid data to back it up.”

According to researchers, sexual minorities also “were significantly more likely to have experienced administrative or punitive segregation” such as solitary confinement, which is “related to adverse health and mental health outcomes.” And both sexual minority men and women faced higher rates of sexual assault.

The study did not address transgender inmates because the Bureau of Justice Statistic “survey instruments were not good enough to provide definitive data.”

Under Trump, we need LGBTQ youth programs like True Colors more than ever