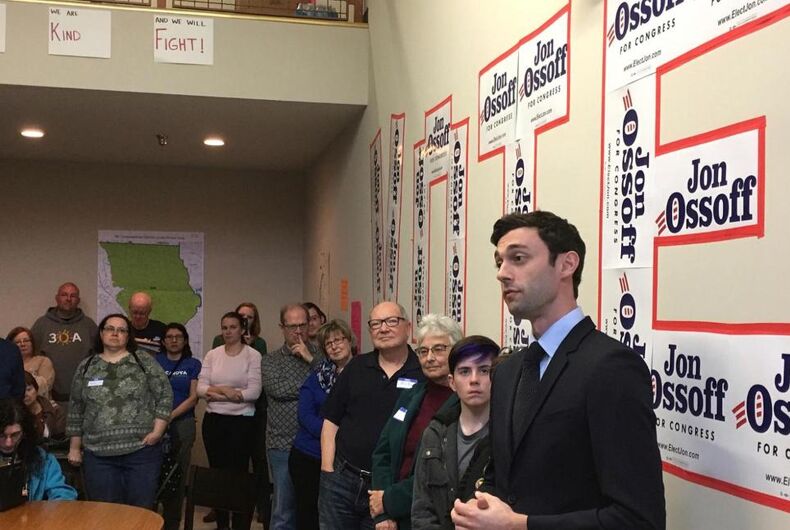 A special election in Georgia to fill the 6th Congressional District seat left open after Republican Tom Price was appointed by President Donald Trump as Secretary of Health and Human Services is heating up, with Democrats hoping a young candidate can pull an upset.

Former congressional staffer and documentary filmmaker Jon Ossoff, 30, has raised over $8.3 million for the special election, more than anyone has ever collected to gain the seat, the Washington Post notes. If Ossoff is successful, it will be the first time a Republican has failed to represent the district in decades, and could help the Democrats gain momentum going into the 2018 elections. The party needs to win back 24 seats to reclaim the House and put a damper on the Trump administration’s future plans.

The Post describes the district as “diverse, rich and highly educated, a microcosm of the ‘rising American electorate’ that Democrats hoped to ride to victory last year.”

The race could be the proverbial canary in the coal mine to see if Trump really is damaging the Republican party from the inside.

Ossoff is clearly intent on making the race a referendum on Trump.

“The grassroots intensity here is electric, and it’s because folks are concerned that what is happening in Washington doesn’t represent our values,” Ossoff said in an interview, reports Reuters. “This is a chance for this community to stand up and make a statement about what we believe.”

Price was staunchly anti-gay during his time representing District 6. Price received a 0% rating from the Human Rights Campaign due to his actions, such as voting against prohibiting job discrimination based on sexual orientation and against enforcing hate crime legislation.

In 2015, Price was one of six Georgia lawmakers to sign a letter of support on behalf of an Atlanta fire chief who compared homosexuality with bestiality and pedophilia.

The primary will be held April 18, with a likely runoff on June 20.

America’s most homophobic bureaucrat now works for the Trump administration