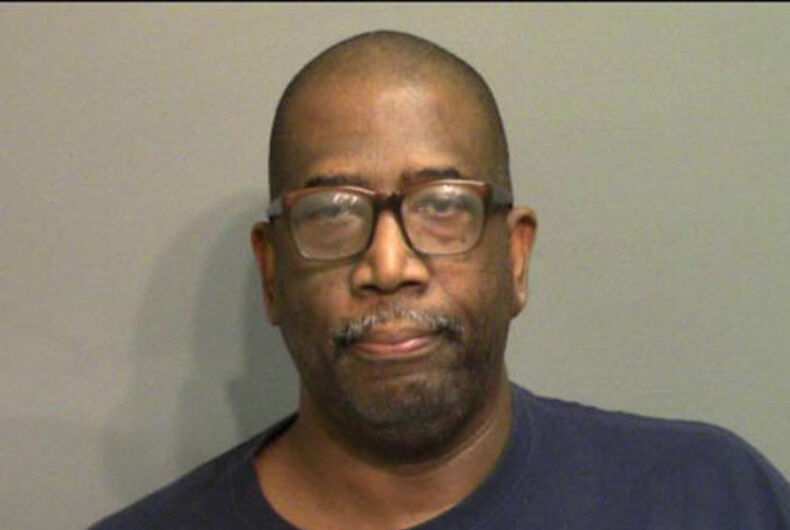 A pastor who said the victims of the shooting at the Pulse nightclub in Orlando “got what they deserved” has been found guilty on eight molestation charges for a sexual relationship he had with a 15 year-old boy and girl from his church.

Monday’s verdict came after just an hour of deliberation by the jury, finding against Kenneth Adkins, 57, who has a prior record and due to Georgia’s mandatory minimum sentencing laws may never again be a free man, The Florida-Times Union reports.

The accuser, described as “a specialist in the Army stationed at Fort Leavenworth in Kansas,” recounted how Adkins, described by the paper as “a former drug addict who reinvented himself in Jacksonville when he opened up his public relations firm,” had convinced the boy and his girlfriend, both a year under the age of consent in Georgia, to have sex with each other in front of him.

The accuser said it happened so many times, he lost count, and that it happened in the church office, at the beach, and in Adkins’ car. He also said Adkins “provided him with money and support.” The state characterized Adkins as having groomed the teens, whom he was supposed to be mentoring, to consent to his wishes. The female in question denies the activity took place.

Katie Gropper, the assistant district attorney who tried the case, described the young woman as being “still in his clutches.”

Adkins’ lawyer, Kevin Gough, attempted to smear the accuser, saying he was motivated by money, as he took a several-thousand-dollar loan out for Adkins, which was never paid back. He also suggested it might be retaliation against Adkins’ anti-gay views, noting that the young man had married another man just months before coming forward with the allegations.

Further, he said the man may be a narcissist or sociopath.

“Someone who can look you in the face and lie,” Gough said.

Following the shooting at Pulse, Adkins tweeted that he had “been through so much with these Jacksonville homosexuals that I don’t see none of them as victims. I see them as getting what they deserve!!”

It was not his first instance of homophobic tweeting, either.

Adkins also posted a photo of himself wearing a wig on his Facebook page in an odd statement against Jacksonville’s nondiscrimination ordinance.

“I am gonna ‘pee’ next to your women in the women’s bathroom and let’s see how y’all feel,” he wrote.

“Quite frankly I’m surprised with the verdict,” Adkins said in a phone call from jail less than two hours after the verdict, maintaining his innocence in spite of photos and text messages he sent suggesting he did have a sexual relationship with them.

“Those were bad decisions,” he said of those messages. “I cannot justify any of that.”

Gough says that once Adkins is sentenced, he’ll file paperwork for a new trial and “maintains the state deliberately withheld pertinent evidence that could have drawn into question the mental stability of Adkins’ accuser.”

Will a pro-LGBT Democrat take the congressional seat vacated by HHS secretary?