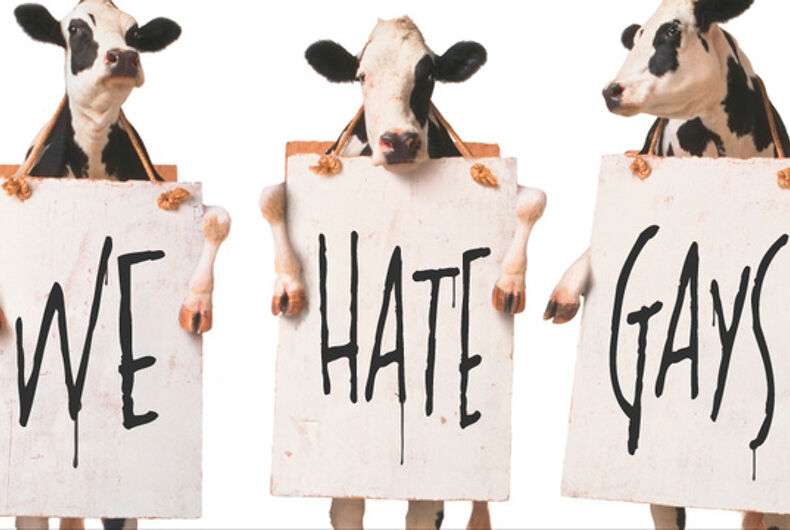 A California Chick-fil-A franchise is waiting for its cows to come home after thieves absconded with three mascot costumes from a storage shed earlier this week.

The shop posted news Tuesday on Facebook of the Sunday night theft from a store in the city of Folsom. The post pleaded with customers to help find the kidnapped cows.

James Daack, the store’s hospitality director, said Thursday they just want the cows back with no questions asked.

“We’re hoping that through us reaching out in numerous ways, that the people who took the cows will come to their senses and bring the cows back to us,” he said. “We’re hoping it’s a prank.”

The Chick-fil-A fast food chain based in Georgia specializes in chicken sandwiches. Its ads feature crafty yet spelling-challenged cows that urge customers to “Eat Mor Chikin.”

Some commenters on Facebook called the theft “beefnapping” and said that stealing cows is called “rustling.”

Folsom police are investigating. Police Sgt. Andrew Bates said he expects the cow costumes to turn up given the media attention.

“It’s not like somebody can dress up for Halloween in that,” he said, “and it’s not money that someone can spend.”

© 2017, Associated Press, All Rights Reserved.
This material may not be published, broadcast, rewritten, or redistributed.
News
Chick-fil-A, cow costumes