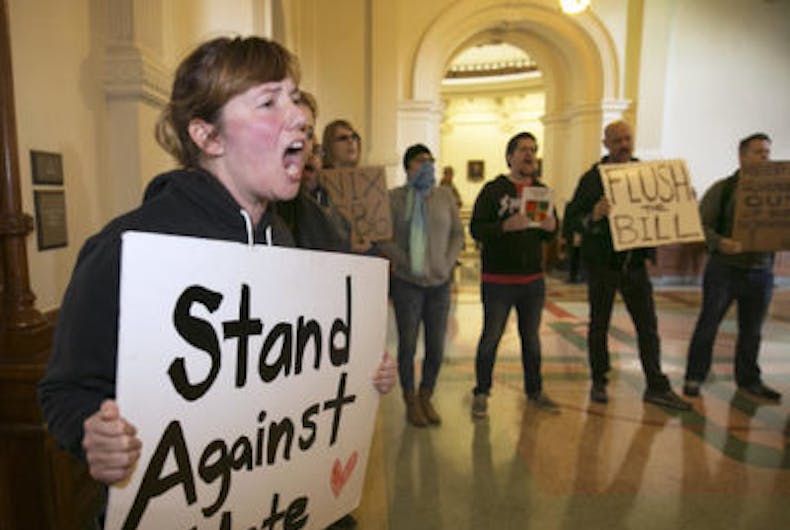 AUSTIN, Texas (AP) — As Texas grapples with whether to embrace a North Carolina-style “bathroom bill,” that state is working to water down its own.

They scrapped a previous requirement that transgender people use restrooms corresponding to the sex on their birth certificates in many public buildings, while also invalidating local ordinances protecting gay or transgender people from discrimination in the workplace or in hotels and other public accommodations.

North Carolina is trying to prove it is business-friendly after an Associated Press analysis found the law would cost the state more than $3.76 billion in lost business over a dozen years. The Texas’ bill’s top supporter, Lt. Gov. Dan Patrick, shrugged off North Carolina’s backtracking, saying what it did is different from what Texas is trying to do.

Still, Texas’ proposed law also seeks to bar transgender people from using public restrooms of their choice, and forbids local LGBT anti-discrimination ordinances. Patrick even staged a recent press conference with North Carolina Lt. Gov. Dan Forest, who sang the praises of his own state’s law even as the effort to roll it back loomed.

While Texas’ Senate has already approved the bill, it may not survive the House. Even if it does become law, North Carolina has now proved that there’s always a chance to go back and undo it later.