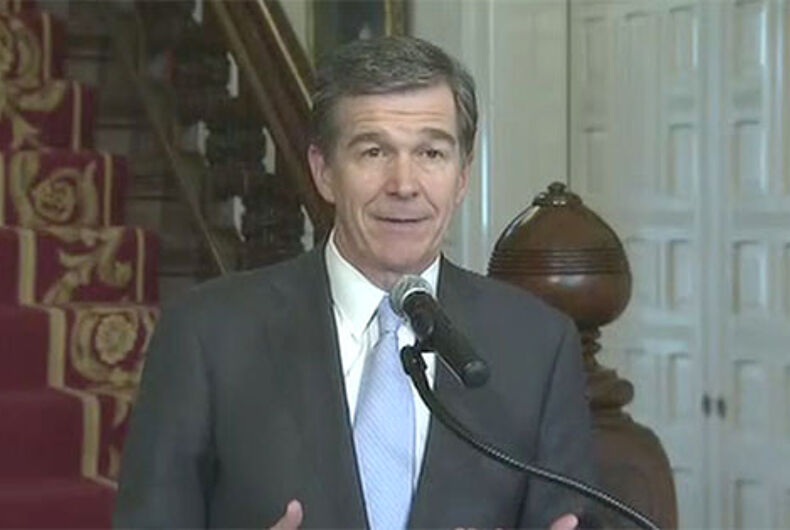 The swiftly-drafted compromise bill, crafted to repeal House Bill 2, cleared the Senate and the House by mid-afternoon.

“We are a welcoming state – our people are welcoming – but House Bill 2 was not,” Cooper said at a news conference. “Today, our laws are catching up with our people.”

READ MORE: Why HB2 “compromise” is just another version of hate legislation.

HB142 initially dealt with occupational licensing boards, but was gutted and replaced with language repealing HB2. However, it was not a clean repeal in that it states that only the General Assembly can regulate access to multiple-occupancy bathrooms, locker rooms and changing facilities. It also prohibits local governments from enacting or amending ordinances regulating private employment practices or public accommodations until Dec. 1, 2020.

The governor told reporters the impetus for signing the law Thursday was pressure from the NCAA which is scheduling games through 2022 and vowed to not consider North Carolina for tournaments without a repeal of HB2.