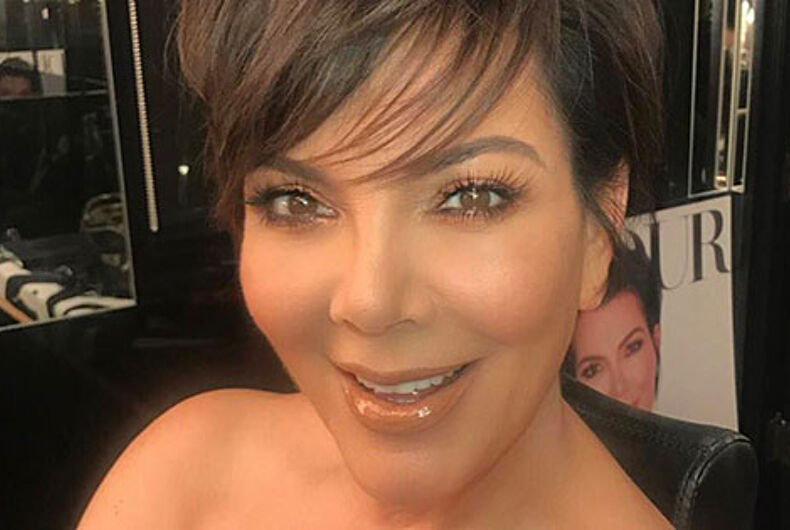 If you don’t suspect this is all just the machinations of a powerful Hollywood public relations campaign that wants to give media, fashion and cosmetics consumers a steady diet of Kardashian and Jenner hype, then here’s the news: multimillionaire divorcee and fashionista matriarch Kris Jenner is upset with her transgender ex, Caitlyn, over the memoir she’s written.

The one that comes out Tuesday, that she talked with Diane Sawyer about on Friday night on ABC, and appeared on the network’s Good Morning America program Monday.

About the only place that you might not expect to hear about the book was on Sunday night’s season premiere of Kris Jenner’s juggernaut reality show, Keeping Up With The Kardashians. 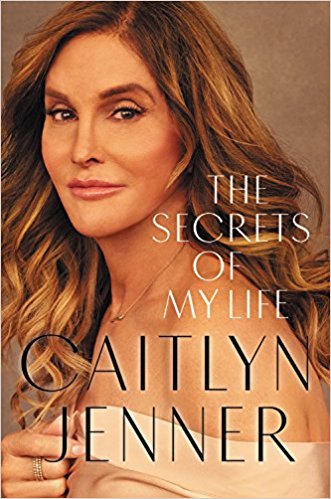 And to those who believe the Kardashians’ reality show is real, it was really explosive.

RELATED: L.A. artist mocks trans Americans by referring to Caitlyn Jenner as “IT” in spoof ads.

As Bustle pointed out, it all started off rather well, perhaps even on a conciliatory note. Kris explained to the ever-present cameras that she doesn’t see Caitlyn often, and so she was hesitant to get together for facials and chat over wine, but admitted that they managed to get along pretty well, considering.

They reminisced about when Caitlyn stole Kris’ makeup and blamed it on the kids, and it seemed like they were able to laugh about the old days when Caitlyn was in the closet.

But then, Caitlyn gave Kris a copy of her new book, Secrets of My Life, for her to read. Uh oh. “Here’s a hand grenade. Please wait until after I go back to my mansion in the clouds to pull the pin,” she did not say.

According to Kris, the only good thing Caitlyn wrote about her was that she was good at being social at parties, adding that she was upset Caitlyn claimed that Kris always knew that she was trans. She denies this. In detail. If you want to know about what happened when Kris Jenner and Caitlyn Jenner had sex, in the years before she came out, E! has all that. We’re not going there.

It’s at this point that Kris announced that this was the end of any kind of interaction with Caitlyn, and that she’s “done.”

“I’ve never been so angry and disappointed in somebody in my whole life. I’m done. Done,” Kris declared on the show. “Everything she said was all made up.”

Jenner reacted to her ex-wife’s emotional outburst — some might add the word “justified” — on GMA Monday.

“I’m just kind of sorry she went down that road,” the former Olympian told cohost Michael Strahan. “But she’s a good person and we’ve had 23 good years together and raised wonderful, phenomenal kids.”

Calling her new book “extraordinarily honest,” she acknowledged she was prepared for a backlash.

“It is my perspective and, obviously, when you do a book like that, you know, there’s different opinions,” Caitlyn Jenner said. “I have a lot of friends that know the truth and know what I’ve been through and know the whole situation.”

As for Keeping Up With The Kardashians, Jenner told GMA, “Actually, I don’t watch the show very often.”