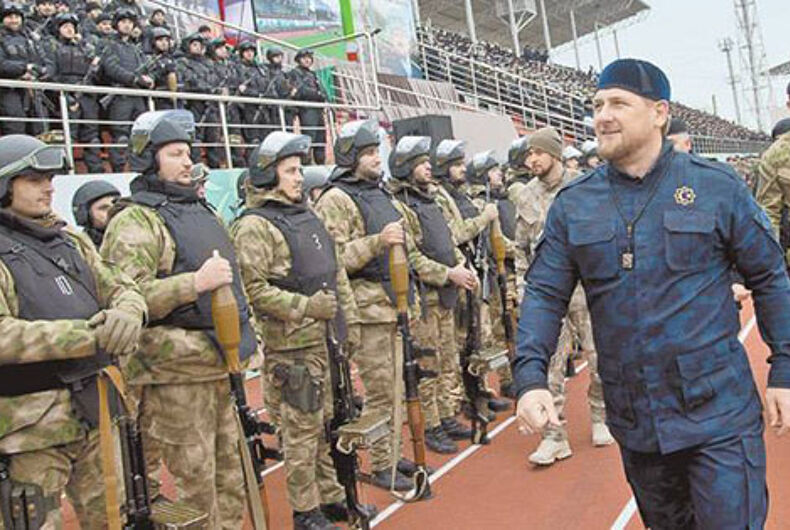 The detention of gay men and men believed to be gay in Chechnya, a horrifying problem that the pro-Russian government denies even exists, just got worse. The same investigative newspaper that broke the story reports four more concentration camp-like prisons have been found, bringing the total to six.

This report comes just days after a threat by Chechen president Ramzan Kadyrov to eliminate the LGBTQ population by the start of Ramadan on May 26. Novaya Gazeta originally reported more than 100 men were rounded up, tortured and some were killed.

But now, with new reports that the number has grown to hundreds of gay men — who are only released once their families offer bribes to police — it is being seen around the world as incontrovertible proof of a gay purge on a large scale.

He has carried out other violent campaigns in the past, and this time he is directing his efforts at the LGBT community.

Sources have said that he wants the [LGBT] community eliminated by the start of Ramadan.

Such comments, attitudes and actions are absolutely beyond contemptible.”

Duncan, who is gay himself, went on to call the reported abuses “utterly barbaric” and “despicable.”

However, Vladimir Putin has joined Kadyrov in denying the reports and Russian spokesperson Dmitry Peskov continues to claim investigators have found no evidence of the purge.