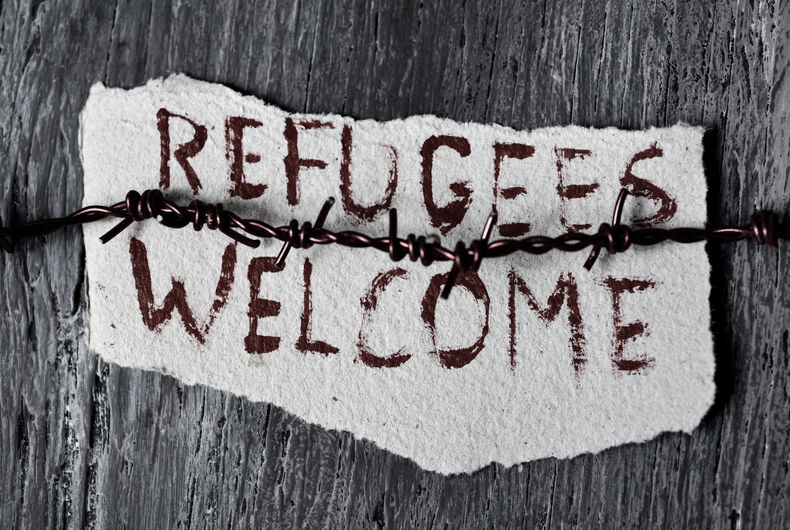 Immigration authorities detained a gay Russian man infected with HIV who was seeking U.S. asylum in California, his lawyer said on Wednesday.

Denis Davydov has been held in an immigration detention facility in Miami since March 13 after a trip to the U.S. Virgin Islands. Customs officers clearing passengers out of St. Thomas took the 30-year-old man into custody on suspicion he overstayed his visa, despite his pending asylum case.

President Donald Trump has expanded immigration enforcement and broadened priorities for deportation. Advocates and lawyers say that is translating into more cases of people with no criminal history being detained.

Davydov lives in San Jose, California, where he works at a coffee shop. His attorney Aaron Morris said Wednesday that he has no criminal record, and poses no danger to the public.

“For him to be subjected for weeks and weeks of never-ending detention is absurd,” said Morris, executive director of Immigration Equality, a New York-based group that advocates for lesbian, gay, bisexual and transgender immigrants.

Davydov has received medication but needs access to a specialist, Morris said.

Morris said Davydov is not a flight risk because he has a strong asylum case. Asylum seekers are told not to leave the United States without first obtaining advance parole, otherwise authorities presume the application has been abandoned. Morris said that is why his client chose the U.S. Virgin Islands as his destination. He said immigration officials cannot claim Davydov left the country.

Although there are no firm statistics on the number of gay Russian asylum seekers, applications for asylum by Russians have increased due in part to the worsening anti-gay climate in Russia. Gay men in their 20s and 30s have been targeted by anti-gay attacks. “He has experienced mistreatment in the past,” Morris said of Davydov.