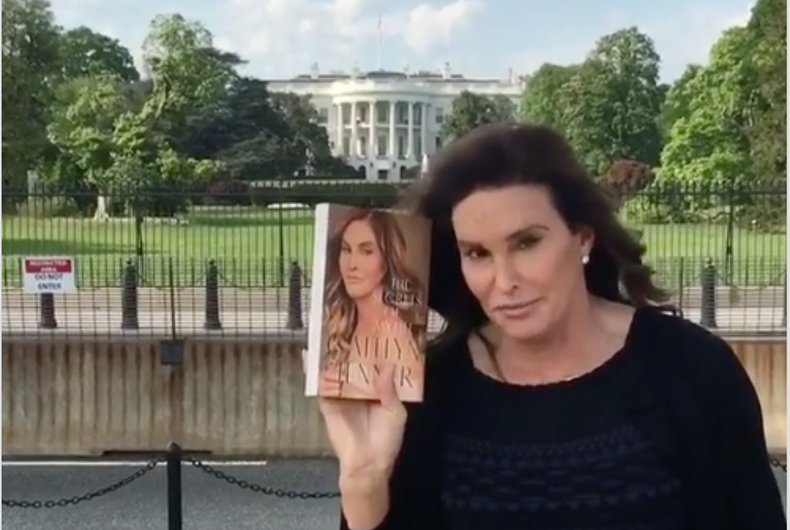 Caitlyn Jenner made a stop at the White House Thursday during her tour to promote her new memoir, and reportedly met with Trump administration officials.

“She was there for meetings and on her promo tour for her new book, The Secrets of My Life, released this week,” a representative for the Jenner told ABC News. The Republican reality TV star and former Olympian recently shared her own political aspirations with Jennifer Finney Boylan.

It’s not clear who she met with or what they discussed. Jenner recently told Diane Sawyer that Donald Trump — who she supported for president — had reached out to her when she attended his inauguration party.

“He wanted me to come play golf with him,” Jenner said. “At that time, I thought it was a pretty good idea, but since Title IX, it’s not a good idea and so I won’t be playing golf with him … Would I meet with him privately on this issue? Absolutely.”

She was referring to the Trump administration’s decision to rescind the Obama-era guidance that schools allow transgender students to use the restrooms and locker rooms that align most closely with their gender.

Did Jenner go to the White House to give Trump a piece of her mind? Considering that she recorded a message to him outside the building, it doesn’t seem likely. Then again, it could be just another publicity stunt.

“President Trump: Caitlyn Jenner in town,” she announced in a brief Instagram video filmed in front of the White House yesterday. “I want you to read my book, The Secrets of My Life, you might learn something. And oh, by the way, when you’re done, please give it to Jeff Sessions.”

A message to the President