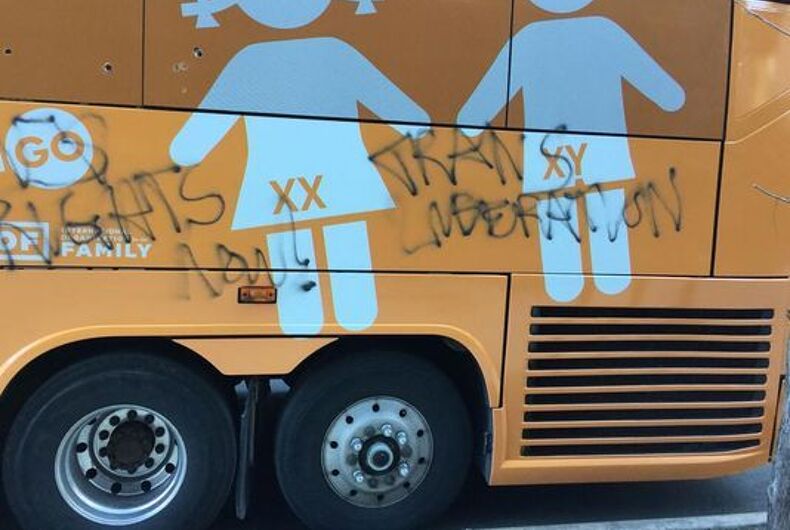 The “Free Speech Bus,” as its creators called it, carried a message intended to raise transphobic animosity.

The bus is a project of the National Organization for Marriage (NOM) and a Spanish organization known as CitizenGo and was parked in front of the United Nations headquarters.

Thursday evening, the bus was scratched with a key, windows were cracked, and the words “Trans Liberation” were spray-painted on the side. The bus was empty at the time of the incident, and the driver said he was tackled by one of the individuals.

“If they thought that would silence us, they were totally wrong,” NOM president Brian Brown told USA Today.

The New York police took a report of the incident and said that it is being investigated as criminal mischief.

While the identities and motives of the vandals is unknown, perhaps this is a lesson in why one shouldn’t write “Free Speech Bus” across the top of their bus.