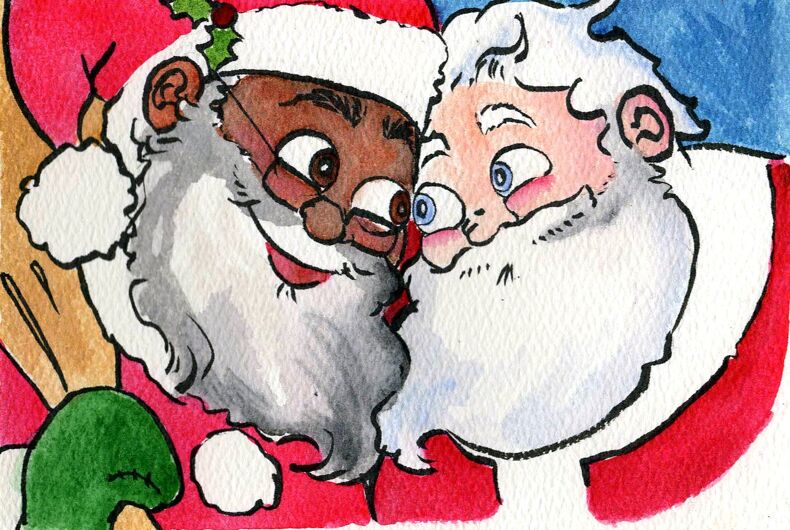 A former writer for The Late Show with Stephen Colbert has announced that he has a deal with a publisher for a book that will show Santa Claus in a relationship with another man.

Daniel Kibblesmith tweeted late last year that he wants his child to believe that Santa is black and married to a white man.

Me & @JenAshleyWright have decided our future child will only know about Black Santa. If they see a white one we’ll say “That’s his husband”

Kibblesmith announced yesterday that he has a book deal with Harper Design.

I can’t believe it, but this is officially happening. ‘SANTA’S HUSBAND’ Coming Holidays 2017 w/@alperryman from @harperdesignbks. pic.twitter.com/WpHe84Kso9

He has already begun work with illustrator AP Quach and released some concept art.

The book, which will be about Santa and his husband who fills in as Mall Santa for him sometimes, is entitled Santa’s Helper and is scheduled to be released on October 10. Harper Design said it’s intended for all ages.

Of course, some conservatives have already let him know that their parents never told them the truth about Santa.

Wolves in the hen house: Look who Texas recruited to promote its bathroom bill

Is this animated goldfish gay?