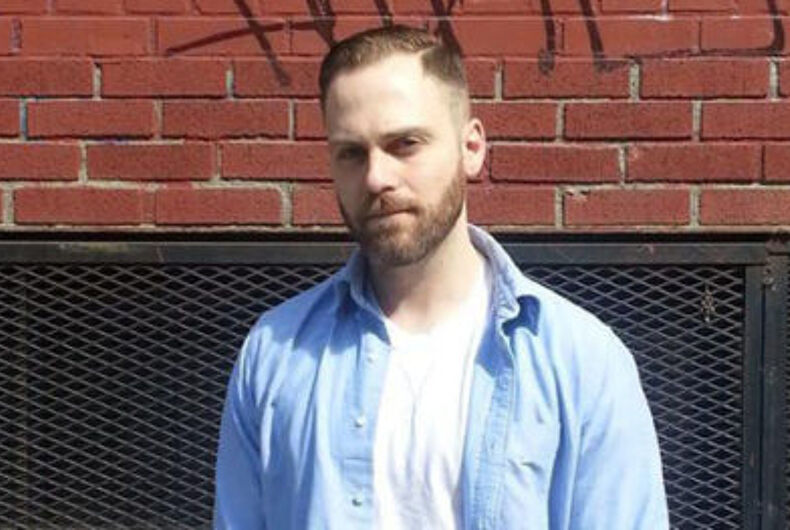 Chadwick Moore, the writer who wrote what many consider a puff piece on Milo Yiannopoulos for Out, and who subsequently “came out” as a conservative after the backlash hurt his feelings, has found a new way to alienate himself.

Shepard’s death has been seen as one of the most notable examples of a hate crime. Former president Barack Obama signed The Matthew Shepard and James Byrd, Jr. Hate Crimes Prevention Act into law in 2009.

Some have questioned whether the motivation for the murder was really due to homophobia, most prominently by Stephen Jimenez, who wrote The Book of Matt: Hidden Truths About the Murder of Matthew Shepard and produced a controversial 20/20 segment in 2004 that questioned the details of the crime, suggesting it was little more than a drug theft gone wrong.

Many have called out Jimenez’s reporting as inaccurate, including police officials involved in the investigation. Others were more impressed, including Out editor Aaron Hicklin, who wrote in a piece for The Advocate that Jimenez “amassed enough anecdotal evidence to build a persuasive case that Shepard’s sexuality was, if not incidental, certainly less central than popular consensus has lead us to believe.”

McKinney’s lawyer tried to use the “gay panic” defense, arguing that Shepard made unwanted sexual advances toward him, but the judge rejected it.

Moore is on the side of skepticism of homophobia having been at play, tweeting out on Wednesday that the murder “wasn’t a hate crime.” He said that has been “debunked,” adding that the motives were drug related and the “gay lobby” had turned Shepard “into a Blonde Jesus.”

The tweet came in response to one from Twitter user kanun80, who argued that without politicians, and especially Democrats, stories like Shepard’s “would continue to be written.”

Moore went on to say that the “self-hating gay lobby” had to “sanitize” Shepard’s life.

Unicorn Booty reached out to Moore for comment. Moore told the publication the following:

The “gay panic” defense was awful and stupid.

I would never want to hurt Judy Shepard or further her unimaginable pain, which I’m sure continues to this day.

Judy has done incredible work for gay rights and gay visibility, and I have the utmost respect and empathy for her.

As I also said on Twitter: “the true story of his life is more tragic and complex, and also too common.”

I understand and appreciate the power and importance that story had in winning over hearts and minds in America for the gay rights cause, and therefore it is a complicated, sticky situation. In this case, did the means of deploying a sanitized narrative justify the ends? Perhaps. (Also look at the Lawrence case in Texas that ended anti-Sodomy laws. Great ends, but those guys weren’t exactly Disney princesses). It is still worth acknowledging, 20 years later, that many very real, very unpleasant aspects of gay life, that continue to this day, may have been present in the Shepard case. And to this day the mainstream gay lobby doesn’t like to acknowledge the elements they find unsavory in our very diverse community, where so many still struggle with drugs and prostitution. I find this ugly, classist, and detrimental to truth and understanding. For the record, I’ve been publicly speaking about this for years, it’s not a recent thing. Only now that the left hates me, this one random tweet, in response to another user, seems to get interest.

I would trust an independent, gay journalist like Jimenez over Media Matters and Think Progress, both which attempted to slander and debunk him because he dared to ask questions. The book raises important questions about the reality of gay life, especially in rural America in the late 90s. Media Matters and Think Progress are irresponsible sources to quote–they make no bones about having highly politicized agendas. The Guardian and many publishers reviewed Jimenez’s book and found his research and arguments to be pretty sound.

Moore has also answered charges that he is doing all of this for attention, instead suggesting it is because he has been “red-pilled.” The term, taken from The Matrix, is commonly used by conspiracy theorists, men’s rights activists, the alt-right and people who use the word “sheeple” without a hint of irony.

Historic gay landmark to close while another hopes for recognition