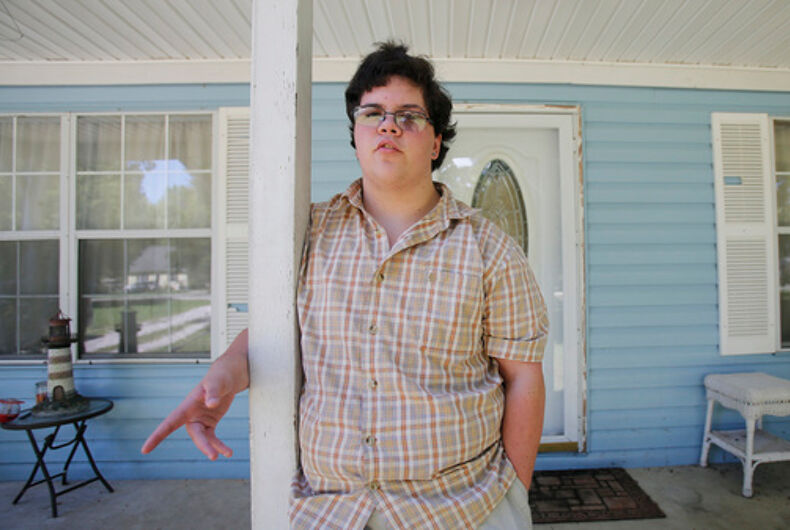 FILE - In this Aug. 22, 2016 file photo, transgender high school student Gavin Grimm poses in Gloucester, Va. The Supreme Court is returning a transgender teen’s case to a lower court without reaching a decision. The justices said Monday, March 6, 2017, they have opted not to decide whether federal anti-discrimination law gives high school senior Gavin Grimm the right to use the boys’ bathroom in his Virginia school. Photo: (AP Photo/Steve Helber, File)

RICHMOND, Va. (AP) — Attorneys for a transgender teenager who’s suing his school board for the right to use the boys bathroom are asking that arguments be expedited so he might see a ruling before he graduates.

The filing Wednesday in Gavin Grimm’s case comes two days after the U.S. Supreme Court issued an order handing the case back to a Richmond appeals court without reaching a decision.

The motion asks the 4th U.S. Circuit Court of Appeals to hear arguments in May to facilitate a ruling before Grimm graduates June 10. It says a ruling would allow him to attend his graduation “with the dignity of being able to use the same restroom facilities” as his peers.

The filing says the school board’s attorney opposes the motion.