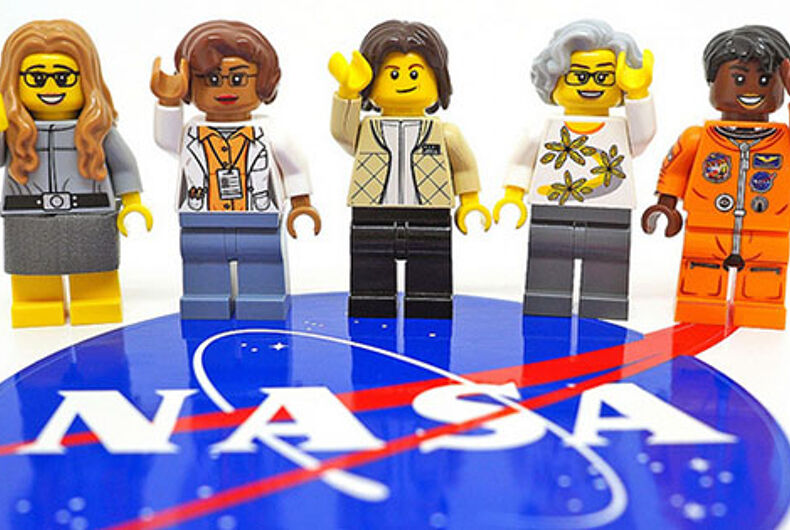 It’s the perfect gift for the child who loves LEGOs, space travel and science — and is raised to think women can do anything. LEGO has unveiled a set of five new figurines that honor female pioneers of the American space program.

The Danish toy company chose this set of five figurines, based on real female scientists, engineers and astronauts, from a design created by science writer Maia Weinstock, who won the LEGO Ideas competition. 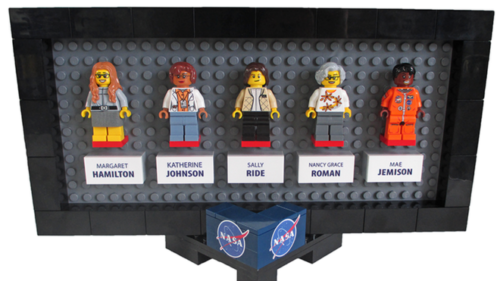 One of the figurines is of the late astronaut Sally Ride, the first American woman in space, who died in 2012 and officially came out in her obituary.

“The reaction has been overwhelming,” Weinstock told reporters. “Messages of congratulations and excitement at the prospect of this set actually being on store shelves have been pouring in.”

Thrilled to finally share: @LegoNASAWomen has passed the @LEGOIdeas Review and will soon be a real LEGO set! https://t.co/rcyjANsVD9 pic.twitter.com/b9OVx5UBaL

Another figure is that of Katherine Johnson, who was portrayed by Taraji P. Henson in the Oscar-winning film, Hidden Figures. The project’s LEGO Ideas page announced the selection with the headline: “Ladies rock outer space!”

The Washington Post reports the other figurines, due to hit stores in late 2017 or early next year, are:

• Nancy Grace Roman: Also known as “Mother of Hubble,” a nickname she earned for her role in the Hubble Space Telescope.

• Margaret Hamilton: A pioneering computer scientist, famously pictured next to a tower of Apollo Guidance Computer source code books that is as tall as she is. That stack is also part of the LEGO set.

Weinstock said she dedicated the idea to Ride because of her historic contributions to science and space travel.

“What she did to support women and girls in the STEM fields is remarkable,” Weinstock told the Post in an email. “I knew I wanted to include her because she’s already fairly famous, so that would help the set gain some traction, but also because of all of the work she’s done post-NASA, to encourage young people to go into science and [engineering],” she wrote.

This project is dedicated to the memory of Sally Ride, who tirelessly encouraged children to "reach for the stars." pic.twitter.com/ZaIRGaacDh