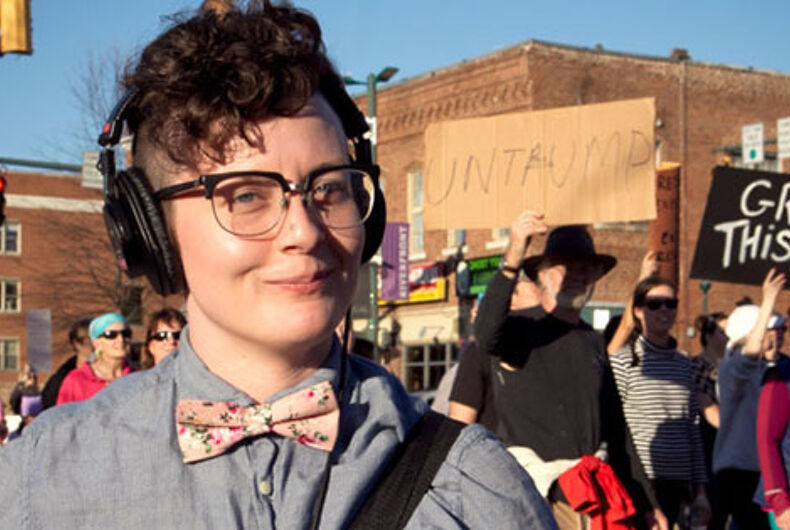 A National Public Radio affiliate reporter has sued over her firing after she covered meetings between high schoolers and legislators who said she secretly recorded them discussing LGBTQ issues.

The Hamilton County Circuit Court lawsuit claims she was fired because lawmakers threatened retaliation against UTC.

WUTC removed the story from its website, but it has been archived elsewhere.

In the report, Republican state senator Mike Bell said that that being transgender is “hogwash.”

“Is it how I feel on Monday? I feel different on Tuesday? Wednesday I might feel like a dog,” Bell can be heard saying.

UTC says Helbert was fired because her story didn’t treat lawmakers equally and she didn’t identify herself as a reporter. “I don’t recall anyone having recording gear at all,” claimed Rep. Kevin Brooks, “or anyone looking or feeling like a reporter. I was meeting with kids. These were young children.”

The suit requests Helbert’s job back and damages up to $1 million.

NPR released a statement earlier in the week:

[W]e at NPR believe the decisions should have been left to the journalists in charge. Taking the decisions about enforcing ethics out of their hands did more to undermine the station’s credibility than the original infraction. This chain of events underscores why it is critical that newsrooms such as that at WUTC not be subject to pressure from the institutions that hold their licenses, the sponsors who give them financial support or the politicians who sometimes don’t like the stories they hear or read.

EDITOR’S NOTE: An earlier version of this report contained a headline that indicated Ms. Helbert is transgender, which she is not; she is cisgender. We regret the error.