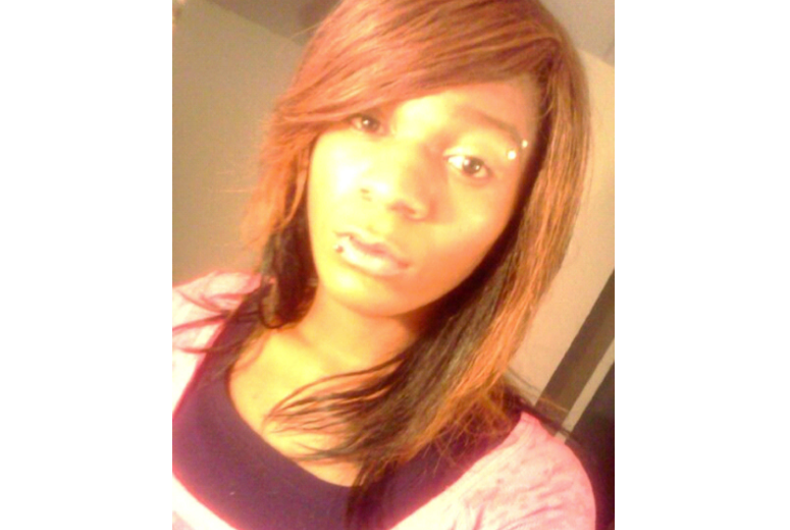 Sage Smith has been missing since 2012.

Transgender teen Sage Smith left her Virginia home to go for a walk in 2012 and hasn’t been heard from since.

The 19-year-old was headed to the train station to meet an acquaintance, then-25-year-old Erik Tyquan McFadden, who has gone missing as well. Charlottesville Police recently announced that her missing person case is now a homicide investigation and they’re calling McFadden a person of interest, the Richmond Times-Dispatch reports.

Authorities said that while they don’t have any hard evidence to suggest that Smith is deceased, the length of her disappearance increases that likelihood. A homicide investigation also gives law enforcement greater access to information and resources, such as bank and cell phone records.

At the time of her disappearance, what little mainstream media coverage existed misgendered Smith, calling the transgender woman a “young man.”

“Transgender teenagers face a myriad of risk factors that are exacerbated in situations when a youth goes missing,” said Beth Panilaitis, Executive Director of the Richmond Organization for Sexual Minority Youth (ROSMY). “Unfortunately, there isn’t the immediate community wide call to action for transgender youth that you see in other cases which leads to much less searching for the young person.  They are likely to have less family support, which leads to fewer individuals pushing for a search.”

Little evidence emerged in the missing person case until three years later, when police explained why they were no longer considering McFadden a person of interest. They released a new timeline, based on text messages between the two, that suggested that McFadden and Smith never actually met up, WVIR reported at the time:

At the time, Smith’s family expressed outrage at the way the department handled the young woman’s case. Why were they announcing new information without talking to the family, just days before a planned event commemorating the anniversary of Smith’s disappearance, asked Donna Gasapo in a statement on behalf of family members Lolita Smith and Dean Phace Smith.

The investigation into the disappearance of this young, black transgender woman reeked of unequal treatment, they said.

“Would that the police department had pursued community support for Sage’s search and reward fund as vigorously as our FOIA request revealed they had for cis, white Hannah Graham,” they wrote. “Would that the media were moved by Sage’s humanity to see hers as a story worth telling on its own merit rather than in relation to the area’s missing white women, in response to public outcry, or not at all.”

And now, nearly five years later, authorities are taking a closer look into what happened to Smith that night. McFadden is again a person of interest. And again, Sage’s grandmother and legal guardian, Lolita Smith, is angry.

“Frankly, I don’t understand why they waited so long. It’s been four years. I think the Charlottesville Police Department dropped the ball from day one,” she told the Times-Dispatch. “I’m angry. I don’t understand how some cases can be solved within a matter of days or weeks and my grandchild’s case hasn’t been solved yet.”

And while the family is holding out hope that Sage is still alive out there somewhere, they just want answers.

“I just want people to help me bring my baby home,” her grandmother said. “I just want somebody to tell me what makes one person’s life more valuable than another. We are all somebody’s child. We are all children of God.”

Fired reporter suing to get her job back