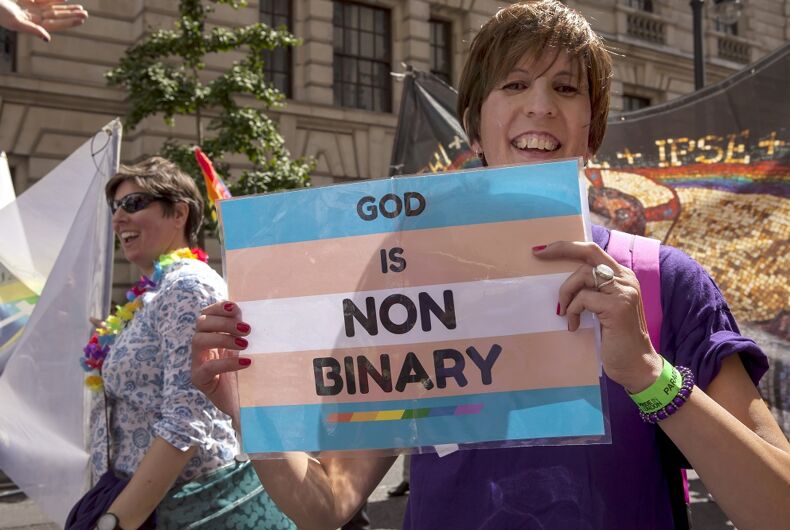 The Associated Press will be releasing the print edition of its 2017 style guide on May 31. Parts of the section on gender-neutral pronouns have been posted on its blog:

“They, them, their — In most cases, a plural pronoun should agree in number with the antecedent: The children love the books their uncle gave them.They/them/their is acceptable in limited cases as a singular and-or gender-neutral pronoun, when alternative wording is overly awkward or clumsy. However, rewording usually is possible and always is preferable. Clarity is a top priority; gender-neutral use of a singular they is unfamiliar to many readers. We do not use other gender-neutral pronouns such as xe or ze…”

Many pronouns for referring to people who don’t want to be called “he” or “she” have been proposed and discussed, leading to a lack of unity that can make the topic seem intimidating. As non-binary people see more attention from the media and inclusion in popular culture, users of the English language are bound to coalesce around a single set of pronouns.

It’s not surprising that singular they would win out over some of the alternatives. Singular they has a long history in the English language:

We will note that this ungrammatical pronoun has been in consistent use since the late 1300s; that the development of singular they mirrors the development of the singular you from the plural you, yet we don’t complain that singular you is ungrammatical; and that regardless of what detractors say, nearly everyone uses the singular they in casual conversation and often in formal writing.

Merriam-Webster has written evidence of singular they being used to refer to people outside the gender binary going back to 1950.

Unlike other modern languages, American English doesn’t have a government committee charged with defining correct grammar for everyone. What is “correct” or “incorrect” in English is a matter of convention.

This gives a lot of informal power to certain institutions to formalize those conventions, and the AP Stylebook is a powerful tool for getting writers to pay attention to a change in words. The AP Stylebook is used in many newsrooms and is regarded as an authority even for writers outside of the field of journalism.

This is, to say the least, a big deal.

Not all people fall under one of two categories for sex or gender, according to leading medical organizations, so avoid references to both, either or opposite sexes or genders as a way to encompass all people.

LGBT, LGBTQ — Acceptable in all references for lesbian, gay, bisexual and transgender, or lesbian, gay, bisexual, transgender and questioning and/or queer. In quotations and the formal names of organizations and events, other forms such as LGBTQIA and other variations are also acceptable with the other letters in the acronym explained. I generally stands for intersex, and A can stand for allies (a person who is not LGBT but who actively supports the LGBT community), asexual (a person who doesn’t experience sexual attraction) or both. The word queer can be considered a slur in many contexts, so limit use of the word to quotes and names of organizations, following rules for obscenities, profanities, vulgarities as appropriate. Note that sex, gender and sexual orientation are not synonymous. See gay or gender.

Let us know your thoughts in the comments below.

Iowa Republican: ‘Anything you say to a gay anymore is a gay slur’