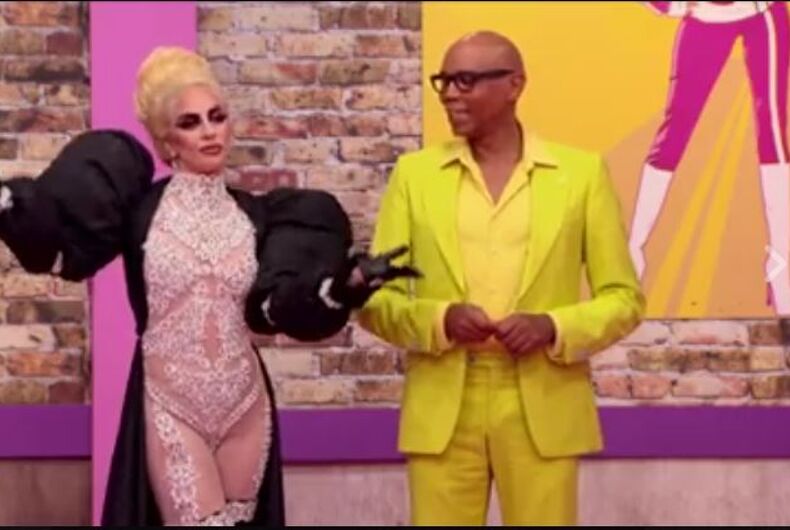 Lady Gaga is fresh off an acclaimed Super Bowl halftime show performance and now will move on to “the gay Super Bowl,” finally making a triumphant appearance on “RuPaul’s Drag Race.”

A promo for Season 9 was posted to the official “RuPaul’s Drag Race” Facebook page, announcing Gaga’s presence on the premiere episode.

No word yet from conservative conspiracy theorist Alex Jones on if Gaga will use this, like he claims she did the halftime show, as a platform for satanic rituals. Stay tuned to find out!

YES! RT: @ladygaga: Can I PLEASE be a judge on drag race! @RuPaul I started out in these club, these women taught me how to serve! pic.twitter.com/qEm3RbH6Bn

Season 9 of “RuPaul’s Drag Race” comes to Logo this spring.

Is this a thing? Iowa legislator uses ‘red rider’ as an anti-gay slur