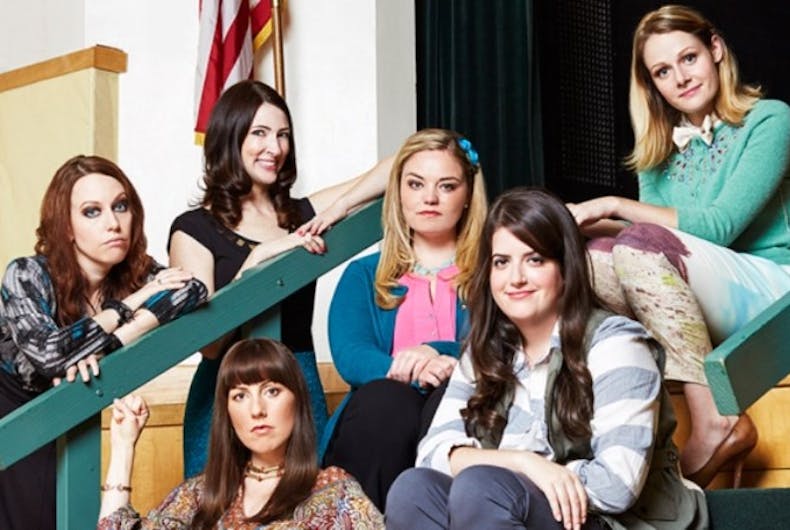 One Million Moms, fresh off freak outs over a Zales commercial featuring a lesbian wedding, Highlights children’s magazine over their inclusion of same-sex parents, and an Australian shoe company ad for including gay couples and nudity, has now set its sights on TV Land’s show “Teachers.”

It claims they say are harming the minds of impressionable young minds with the program, which follows the messy lives of elementary school teachers who are not likely to win any educator of the year awards.

In addition to an objection of sexual innuendo, which they find so problematic they won’t even write it out in their outrage heavy statement, the group points to what it calls a “sacrilegious portrayal of Jesus.”

Read their full statement below:

TV Land continues to air the vile program “Teachers” on Tuesday evenings at 10:00 p.m. ET/9:00 p.m. CT with a TV-14 rating, but the previews air much earlier in the evening when children are likely watching TV. The vulgar advertisements for “Teachers” are airing during shows such as the “Andy Griffith Show” and other family-friendly programs. The previews alone are disgusting, and that is extremely disturbing since it involves a young cast. If the promos are this bad, then obviously the show is not suitable for TV.

It is almost impossible to describe the depth of depravity found in the TV Land sitcom “Teachers.” Every scene is filled with s-xual innuendos, implications, or encounters. Jesus appears in one scene when a teacher is choked by another teacher and appears to die during their women’s empowerment event for teachers. He tells her to change the way she lives and brings her back to life to give her another chance. She is shocked and complains that she saw a man who told her what to do! This is a sacrilegious portrayal of Jesus, and mocks Christianity.

1MM wants to support and encourage teachers, not belittle, mock, or bring them down as TV Land is doing. Everyone knows that the entertainment industry desensitizes viewers, especially impressionable young minds. TV Land’s newest show “Teachers” is irresponsible and an insult to all teachers. The network is encouraging crude dialogue, offensive gestures at school, teachers being cruel to young children, and questioning authority.

Take Action: Please use the information we have provided to contact Nature Made and ask that they pull their financial support from “Teachers.”

If you want to check out the awfulness, you can watch full episodes at the TV Land website.

Watch a clip from the show below.