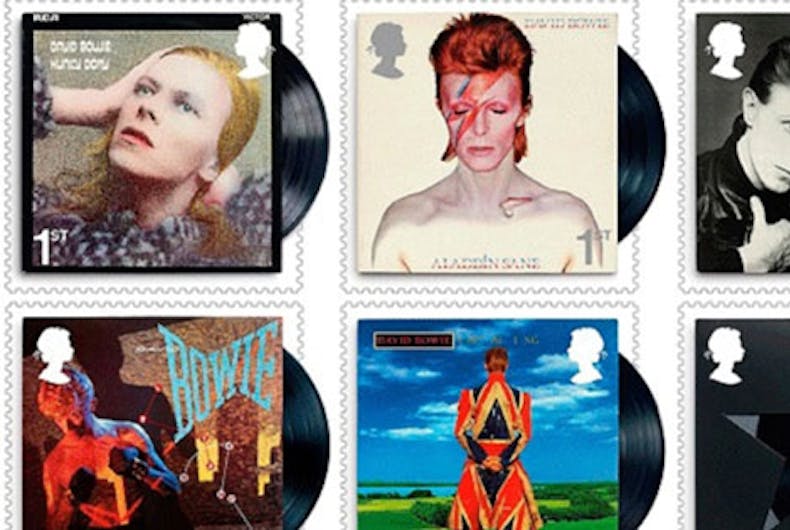 When David Bowie died unexpectedly in January 2015,  shortly after releasing his last album, Blackstar, the world paid tribute in ways that might have surprised even the iconic and ironic music legend.

The latest of these is the image of The Thin White Duke on commemorative stamps to be issued in March by the Royal Mail, as PinkNews reported.

The United Kingdom’s postal service on Wednesday unveiled the designs of the six Bowie stamps, which won’t be available for sale until March 14th. The announcement came in a news release:

“For five decades David Bowie was at the forefront of contemporary culture, and has influenced successive generations of musicians, artists, designers and writers.

“Royal Mail’s stamp issue celebrates this unique figure and some of his many celebrated personas.”

Each represents a classic album cover bearing the pop star’s image and artwork. The Royal Mail also plans to release a series of “limited edition David Bowie souvenirs,” but these will go fast, with as few as 950 available in some cases.

Michele Bachmann: Gays, Muslims, BLM are working together to bring down America